The R/V W.T. Hogarth, designed and engineered by Boksa Marine Design, was christened and launched on May 23, 2017.

The coastal class research vessel is the newest addition to the Florida Institute of Oceanography (FIO) fleet and will help continue the efforts of scientific education and discovery of FIO and its member institutions.

“It’s an exciting day,” said Boksa Marine Design president, Nick Boksa. “She got her feet wet for the first time and floated perfectly on her lines.”

The christening and launch ceremony took place at Duckworth Steel Boats in Tarpon Springs, FL. The $6-million dollar vessel was a necessary upgrade for students scientists, replacing the nearly 50-year-old R/V Bellows which had served as a floating laboratory for 35 years.

R/V W.T. Hogarth was designed and built to meet the known and anticipated requirements of varied research missions in the years to come. At 78’ in length and 26’ at the beam, the new ship will be both longer and wider than its predecessor. It will offer more working space, including separated wet and dry labs, a larger work deck, separate galley and more comfortable arrangements for berthing.

Anticipated missions for the new vessel will include a variety of over-the-side operations including study of marine life, affects of pollution, water sampling, bioacoustics, sediment coring, fisheries research and more.

“The Florida Institute of Oceanography has a rich history of scientific education and discovery. We hope the new boat will continue the institute’s ongoing mission,” said Boksa.

The R/V W.T. Hogarth was named to honor William T. Hogarth, who recently retired after a distinguished 50-year career that included serving as FIO director, dean for the USF College of Marine Science, interim regional vice chancellor of USF St. Petersburg, director of the National Marine Fisheries Service and chair of the International Whaling Commission. He also led the scientific response to the 2010 Deepwater Horizon oil spill.

The initial design contract was awarded to Boksa Marine Design in June of 2015. Construction was awarded to Duckworth Steel Boats in May of 2016 and the keel laying ceremony followed within a month. The pilot house was assembled in September of 2016.

FIO and Duckworth Steel Boats will continue to outfit the vessel to get it ready for its first mission. Sea trials are soon to follow. 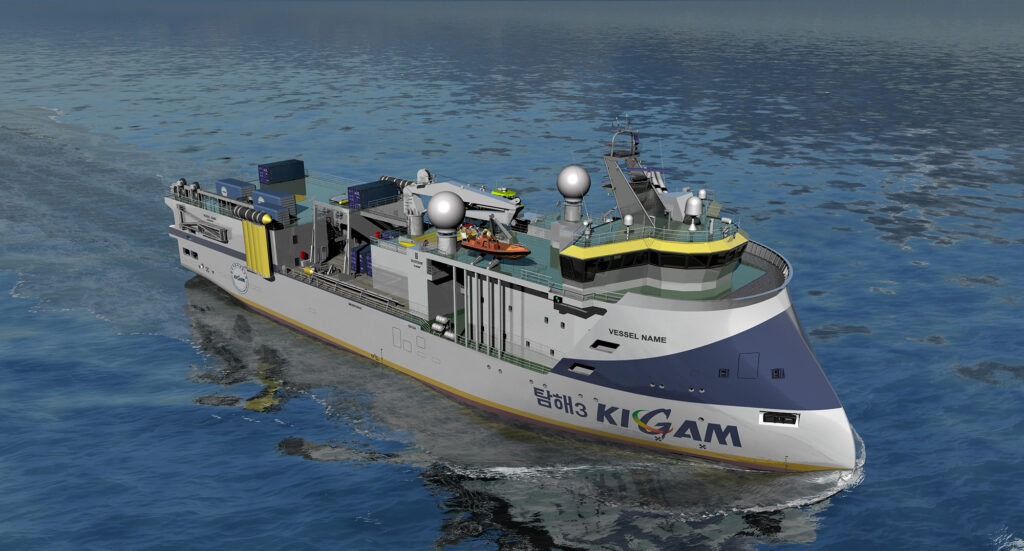