Australian energy company Global Energy Ventures (GEV) has moved forward with its plans to establish a hydrogen supply chain with the development of a green hydrogen export project located on the Tiwi Islands, Australia.

The Tiwi Hydrogen Project, with a capacity of up to 2.8 GW, is expected to deliver a fully integrated green hydrogen production and export supply chain, commencing with a fleet of GEV’s 430-tonne compressed hydrogen ships.

The company recently secured approval in principle from classification society American Bureau of Shipping (ABS) for the gas carrier designed to support the requirements of greenfield hydrogen projects being established for export. The design of a new compressed hydrogen ship (H2 Ship) tailored for the transport of zero-carbon energy was unveiled in October last year.

The new facility has been planned with stepped construction, beginning with 0.5 gigawatts of solar-generated power, and eventually expanding to 2.8 gigawatts and 100,000 tonnes per annum of green hydrogen export as the project develops and the market expands.

Development milestones of the Tiwi Hydrogen Project will run in parallel to GEV’s ship engineering and class approval program, with a financial investment decision targeted for 2023 for the initial phase, allowing the first hydrogen export to start in 2026, subject to all commercial and regulatory approvals and customer offtake. Eventually, the facility is anticipated to produce 100,000 tonnes per annum of green hydrogen for export into the Asia-Pacific region.

“GEV has worked closely with key Tiwi stakeholders to ensure the project will have a low environmental impact on the Tiwi Islands. This has been achieved by selecting previously cleared and developed plantation land for the solar farm, existing right of way for the transmission line, as well as locating the hydrogen production facilities at an existing industrial precinct, adjacent to existing port infrastructure for export,” GEV’s Executive Director and Chief Development Officer, Garry Triglavcanin commented.

To remind, GEV has completed a pre-feasibility level analysis that has identified this location as being highly suited to our compressed hydrogen shipping solution due to its close proximity to Asia-Pacific markets. The company signed a memorandum of understanding (MoU) with Province Resources and Total Eren to study the feasibility of green hydrogen exports from Western Australia in August this year.

The Tiwi Islands, located in one of the largest territories of Australia, were selected for the project because of their proximity to key future markets like Japan, Korea and China.

The project’s location was also chosen due to access and availability of infrastructure at the Port Melville, with GEV saying it will continue working with the port’s owners AusGroup Limited to integrate the project and port facilities. 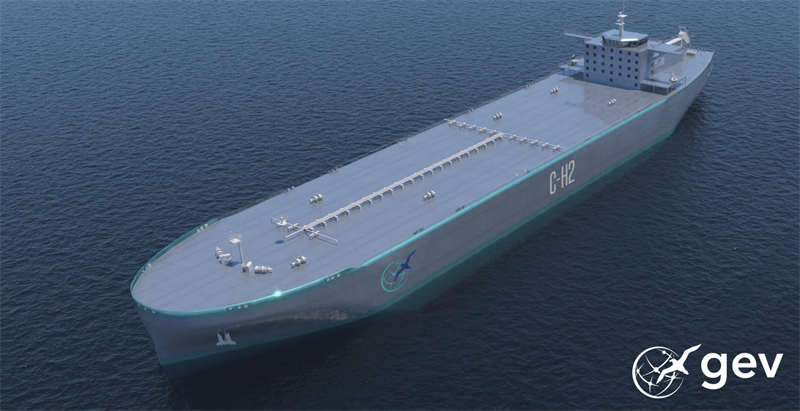