Global Cloud Xchange, announced that plans are underway for the company’s latest investment into expanding its Trans-Pacific footprint. The new subsea infrastructure is part of the company’s strategy to lead and drive the world’s critical digital trading routes.

“The cable with its open architecture and flexible landing station technology will allow companies to rent and own subsea capacity from speeds of 10 megabits to 1000 gig between Silicon Valley and key technology centers in Asia and India,” said Bill Barney, CEO, Global Cloud Xchange. “With flexible access speeds and open co-location, the system will be designed to allow start-ups and smaller cloud operators to buy and rent fiber affordably in a scalable model.”

Based on state-of-the-art 100G technology, the Pacific Cloud Xchange (PCX) cable will be a four fiber pair system with initial design capacity per fiber pair at 100 x 100Gb/s using next generation Coherent Submarine Fiber. The new system will be ready for service in 2015.

“The new fiber system, which runs approximately 8,300 kilometers between Japan (Tokyo) and California (Silicon Valley), will create a next generation IP and Cloud environment held together with a single AS number and connecting into Tier III+ data center facilities on the ground,” Barney added.

According to Telegeography’s latest Global Bandwidth Forecast Service report, Trans-Pacific demand is expected to increase at a compounded annual rate of 34 percent between now and 2020; to meet this demand, more than 100 Tbps additional capacity will be required.

Submarine cable vendors and additional partners for the PCX cable are being finalized. Global Cloud Xchange will announce the awarding of the supply contract in second quarter 2014.

“We believe this new system will be instrumental in bridging the digital divide and a key driver in bringing the next 7 billion people onto the Internet,” said Barney. 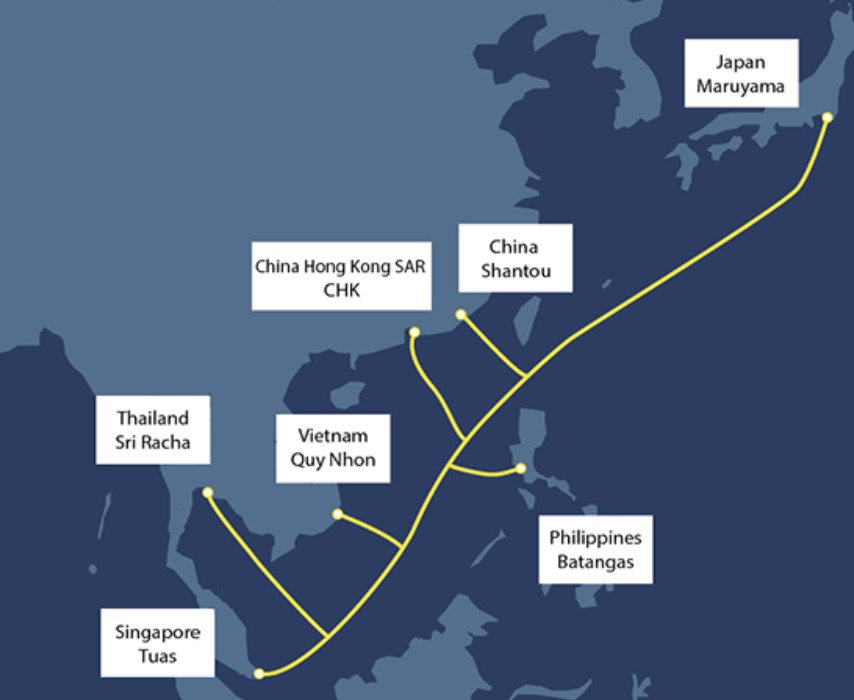