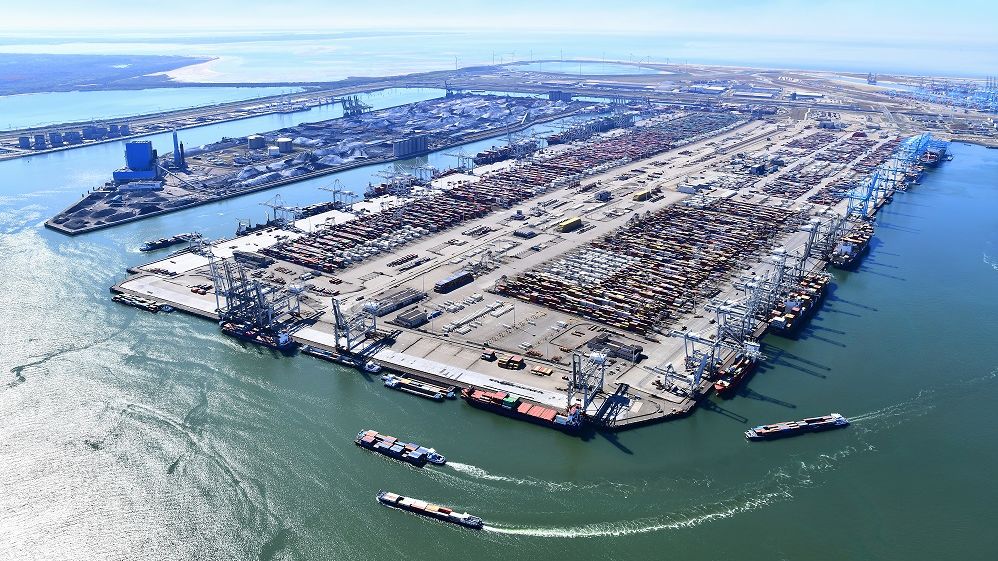 Photo: Illustration only; Courtesy of the Port of Rotterdam

Gunvor Petroleum Rotterdam, a subsidiary of Gunvor Group, has awarded a front-end engineering design (FEED) contract for the green hydrogen import terminal project to McDermot and its storage business CB&I.

The project is part of Gunvor’s program to transform their Rotterdam facility into a green energy hub. The import terminal is expected to provide green hydrogen to the Netherlands in 2026.

Under the contract, CB&I will provide the FEED of the ammonia tank and associated inside battery limits equipment. McDermott will help with FEED activities for the interconnecting pipeline, tie-ins, and other outside battery limits (OSBL) scope.

As part of the FEED, a project execution cost estimate will be developed as the basis for potential conversion into an engineering, construction, and procurement (EPC) contract for the implementation phase.

“After successfully completing the feasibility study in 2021, we are well positioned to execute the next phase of this important green energy project,” said Tareq Kawash, senior vice president, Onshore of McDermott

Work on the project will be executed from McDermott’s office in The Hague, the Netherlands, and CB&I’s office in Plainfield, Illinois.