Last month Hydrex mobilized a diver/technician team to a 145-meter general cargo vessel in Las Palmas, Spain when oil was leaking from the stern tube seal assembly of the ship.

The operation started with a thorough underwater inspection of the stern tube seal assembly. This revealed that the rope guard was missing. The team also found a rope entangled around the assembly, damaging the stern tube seals and causing the oil leak.

Two of the split rings were then disconnected and brought to the surface to be cleaned. Next the diver/technicians installed the Hydrex flexible mobdock around the stern tube seal assembly. This allowed the team to work on the assembly in dry conditions, a necessity for permanent stern tube seal repairs.

The divers then replaced the three seals one by one with new ones. After these were bonded, the team reassembled the entire unit and pressure tests were carried out with positive results. The flexible mobdock was then removed, concluding the repair. Because a new rope guard could not be delivered on time, the ship superintendent decided to have it delivered to the vessel’s next stop in Philadelphia, U.S.A.

In order to provide the customer with the fastest possible response, flexibility was essential throughout the entire operation. Every day a ship has to go off hire causes a substantial loss of money. The team therefore worked in shifts to perform the stern tube seal repair within the shortest possible time frame. Keeping his vessel out of drydock saved the customer a great deal of time and money. 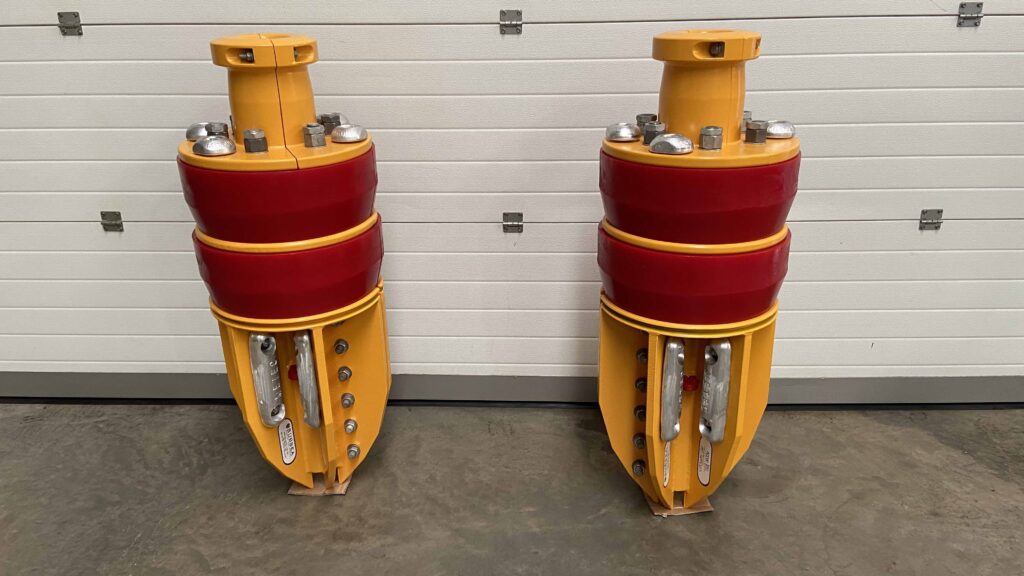