As informed, the digital survey saved surveyor Rolf Hancke a trip to Shanghai to visit the vessel and gave full insights into the maintenance data from the vessel through live dashboards from the company’s headquarters in Norway.

Visiting Klaveness offices in Oslo, surveyor and principal engineer from DNV GL Rolf Petter Hancke has, together with KSM, put up dashboards that give full insight to maintenance data on Klaveness containerships allowing him to survey the vessel without ever stepping foot onboard.

“The dashboard we have put up does not only make my job easier in terms of time saved, but it enables me to filter to the most relevant components that I discuss with the ship owner. It tells me how many maintenance jobs MV Bardu has had in the last year and how many jobs were done before and after on due date,” Hancke explained.

“This form of transparency of sharing of data makes it possible for DNV GL to also perform analysis of the data we have, which lets us further improve our processes around vessel maintenance. Ultimately a win-win situation for both us and class,” Karl-Uno Holm, ship manager in KSM, said.

Last year, KSM was awarded the MPMS Certificate, and last week’s digital audit was the first time this has been managed digitally and remotely.

Back in 2017, KSM started exploring the road towards condition based maintenance with a working theory that ship owners could save substantial amounts by addressing maintenance tasks on vessels when needed instead of makers’ recommendation, which normally is maintenance at a set number of hours.

In June 2018, KSM completed the first ever approved remote initial MPMS survey on the caustic bulk (CABU) vessel MV Ballard in June 2018. The survey preparation and execution was done in close collaboration with DNV GL. The traditional engine room inspection was replaced with a video recorded by the use of GoPro camera, which was shared with the surveyor in advance of the survey. The survey was conducted with the surveyor located in Oslo, sharing screen and communicating with chief engineer Dorin Ichim, who was onboard the vessel during port call in Bahrain. 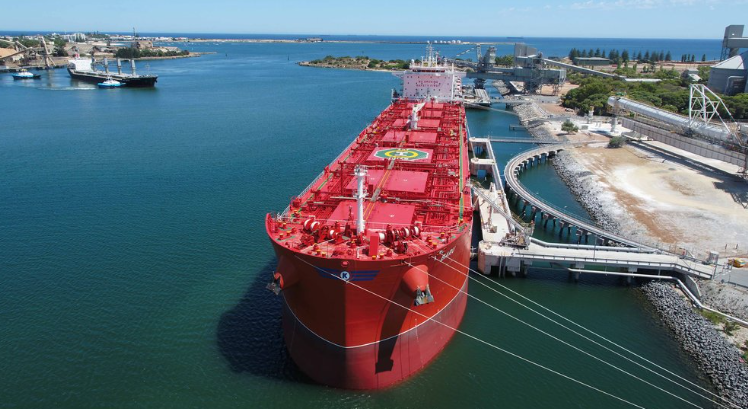