Flying the flag of the Norwegian International Ship Register, the 85,504 GT ship features a length overall of 277.54 metres and a breadth of 46 metres.

Like its sister ship Frida Knutsen, which was delivered on 2 August, this vessel will be a dual-fuel shuttle tanker that can use not only heavy fuel oil but also LNG.

The ship will use LNG fuel, which is more environmentally friendly than conventional oil-fuel and will be equipped with a volatile organic compounds (VOC) recovery system and an energy storage system, thereby reducing greenhouse gas emissions.

The vessel will be chartered by KNOT to Eni Trade & Biofuels S.p.A, a subsidiary of Italian energy company Ente Nazionale Idrocarburi S.p.A (ENI), and will be engaged in oil transportation in the North Sea and Barents Sea. 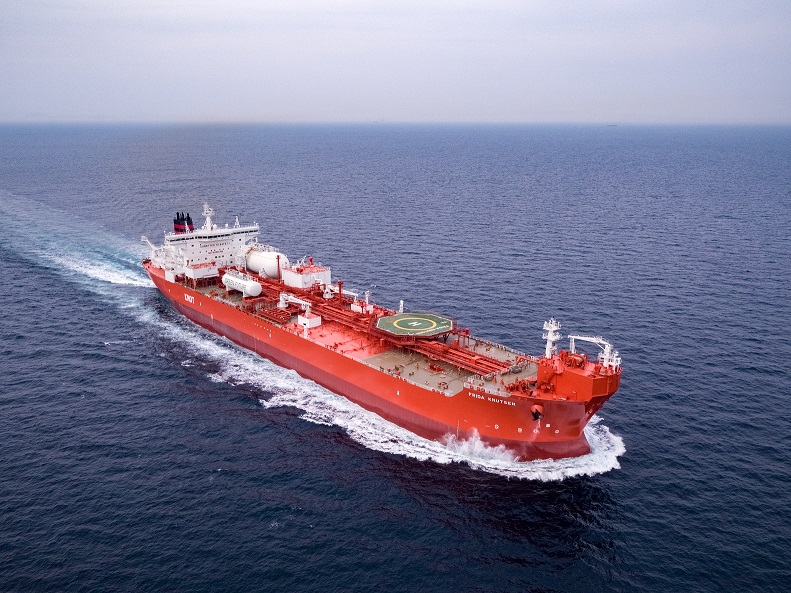