The Port of Long Beach, the second-busiest container port in the United States, has completed “the world’s first all-electric container terminal” at Middle Harbor.

As disclosed, the construction of the Long Beach Container Terminal (LBCT), which features nearly all-electric and zero-emissions equipment, started in May 2011.

The first part of the terminal opened in 2016 with the completion of phase 1, allowing the terminal to begin operations across an initial 151 acres. Phase 2 wrapped up in October 2017, expanding the facility to 191 acres.

The third and final phase concluded in July, growing the terminal to 300 acres with a completed container yard, an administration building and an on-dock rail yard designed to handle 1.1 million TEUs annually to minimize truck traffic on local roads and freeways.

Additionally, 14 ship-to-shore gantry cranes line a new, 4,200-foot-long concrete wharf capable of welcoming three massive ships at once, making the Port of Long Beach “big ship” ready into the future, according to the port.

Another 3 acres will be added in 2025 with the opening of the North Gate Expansion, completing the terminal with 303 acres.

All ships calling at the terminal plug into shore power connections while berthed, allowing them to shut down diesel engines and connect to the landside electrical grid.

All the major structures of the 1.49 billion project were built with features to save power and water, meeting strict leadership in energy and environmental design (LEED) standards, according to the port authority.

As part of its net-zero drive, the Port of Long Beach adopted in May 2021 a new amendment to its Green Ship Incentive Program, now offering “the world’s most generous sustainable vessel financial incentives.”

Furthermore, together with other 18 port authorities, the port signed a declaration on the collective response to disruption, digitalisation, and decarbonisation in June 2021. 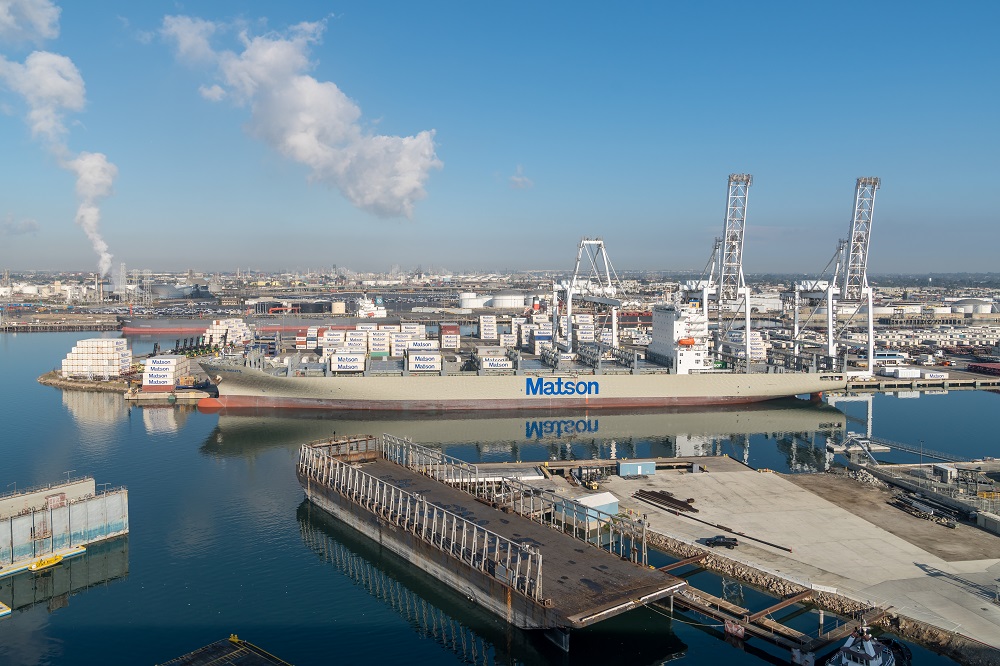