Advertisement
Back to overview
Home Clean fuel Masdar: African hydrogen market primed to boost GDP by $120 billion and create up to 3.7 million jobs by 2050

Masdar: African hydrogen market primed to boost GDP by $120 billion and create up to 3.7 million jobs by 2050

Africa has the potential to capture as much as 10% of the global green hydrogen market, helping to create up to 3.7 million jobs and adding as much as $120 billion to the continent’s gross domestic product (GDP), according to a new report by Abu Dhabi’s renewable energy company Masdar.

The landmark report was issued jointly by Masdar and its Abu Dhabi Sustainability Week (ADSW) platform on the sidelines of the 2022 United Nations Climate Change Conference (COP27).

The report finds that Africa’s solar and wind resources could be leveraged to produce 30 to 60 million tonnes per annum (mtpa) of green hydrogen by 2050, which is about 5% to 10% of global demand.

An African hydrogen industry with that production capacity would likely create 1.9 to 3.7 million jobs and boost GDP by as much as US$60 to 120 billion by 2050, shows the report named “Africa’s Green Energy Revolution: Hydrogen’s role in unlocking Africa’s untapped renewables”, produced with analytical support provided by McKinsey & Company.

Furthermore, it indicates that Africa could be among the most competitive sources of green hydrogen in the world, with a cost of $1.8 to 2.6 per kilogram (kg) in 2030, further decreasing to about $1.2 to 1.6 per kg by 2050 as hydrogen production technology matures and renewable energy costs continue to decline.

Proximity to demand centres in Europe and Asia also optimally positions the continent to build an export-oriented hydrogen sector, the report suggests, noting African energy exports via green hydrogen and derivatives would reach 20 to 40 mtpa by 2050.

As explained, the remaining 10-20 mtpa would serve domestic hydrogen demand, helping to boost the electrification of African communities and delivering other socioeconomic benefits, including a more sustainable energy grid, expanded clean energy access, and reduced reliance on fossil fuel imports.

Enabling production on the scale of 30-60 mtpa would require between 1,500 and 3,000 terawatt hours (TWh) of renewable energy – equivalent to more than 50 times Africa’s current total production from solar and wind, the report states.

The largest share of the investments ($320-$610 billion) would go to the renewables needed to produce the hydrogen, followed by electrolysis plants ($115-$220 billion). For export projects, most of the needed capital is expected to come from foreign investors, according to the report.

“Masdar has long recognised green hydrogen’s potential, with investments as far back as 2008. With several green hydrogen projects underway today around the world – including a number in Africa – we look forward to continuing to work closely with our African partners to maximize the many achievable benefits of green hydrogen highlighted in this report.”

The parties are targeting an electrolyzer capacity of 4 gigawatts by 2030, and an output of up to 480,000 tonnes of green hydrogen per year. 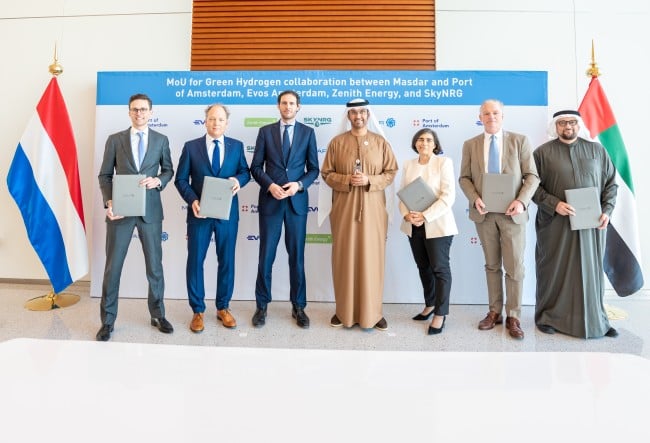