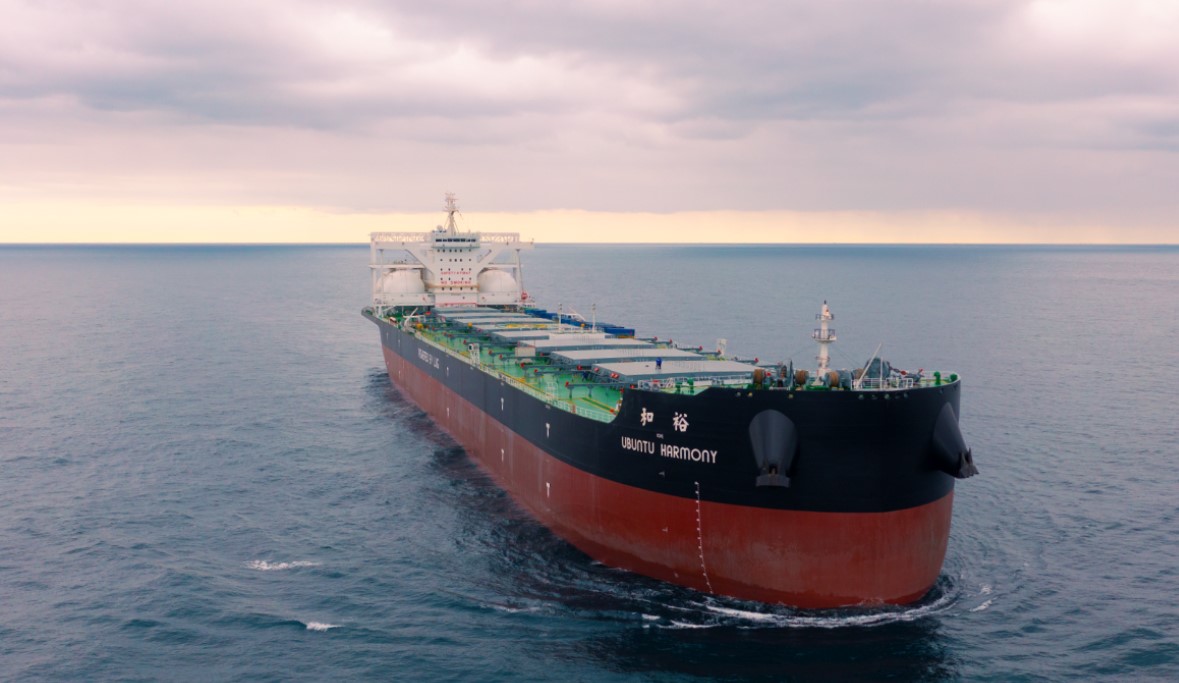 The giant vessel is the first of the planned four LNG-powered ships to be completed by the shipyard. According to the company, the delivery comes one-and-a-half months ahead of schedule.

The ship is equipped with two C-type LNG fuel tanks and MAN Energy Solutions’ high-pressure ME-GI engines which have a drastically reduced methane slippage. The design of the dual-fuel bulker has been independently developed by Shanghai Waigaoqiao Shipbuilding.

The delivery comes just a week after the shipbuilder hosted a naming ceremony for Ubuntu Harmony and its sister vessel Ubuntu Equality. The ships from the series are expected to bunker LNG in Singapore.

Two more vessels from the 187,300 dwt batch, Ubunutu Integrity and Ubuntu Loyalty, are slated for delivery from Shanghai Waigaoqiao in 2023.

Furthermore, one of the vessels will be provided with Jotun’s Hull Skating Solutions (HSS).

The four LNG-fuelled bulkers were ordered by U-Ming from Shanghai Waigaqiao in 2020 and they have been chartered by mining giant Anglo-American on long-term deals of 10 years each. 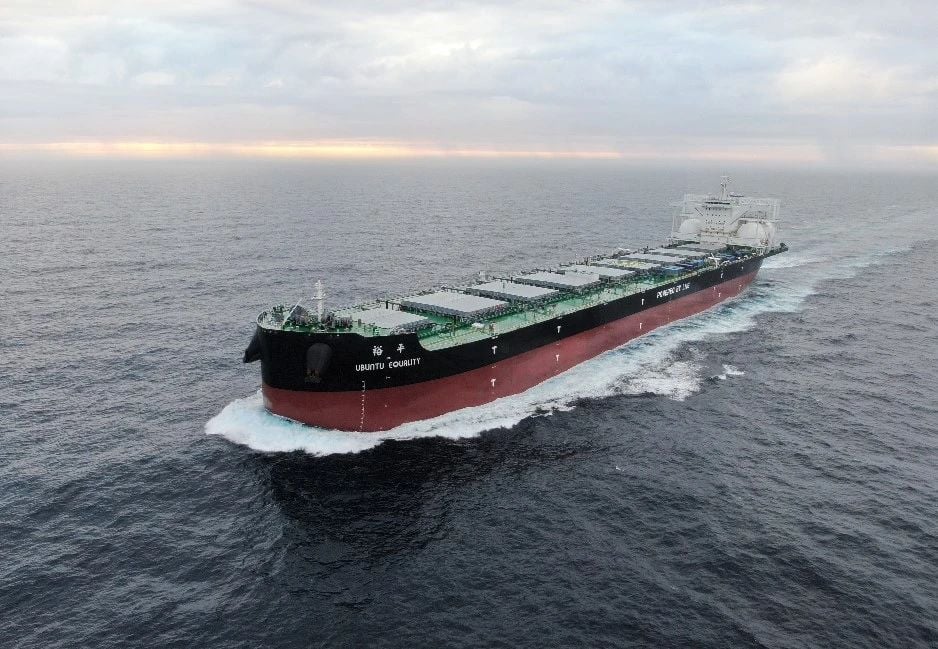