Norwegian shipowner Solstad Offshore said Thursday it has inked contracts for two of its subsea construction vessels (CSVs) in the renewables and seismic sectors.

The CSV Normand Fortress has secured a contract with UK-based contractor Manor Renewable Energy for operation on a UK wind farm.

The contract should commence in October 2021, in continuation of the previously secured contract with MHI Vestas.

MHI Vestas is utilising the 2006-built vessel for walk-to-work operations at the Triton Knoll offshore wind farm in the UK as of March.

The contract is for a firm period of 140 days with extension options and also represents the first contract for Solstad with MHI Vestas.

According to Solstad, the new deal will keep the 93-metre CSV fully utilised into 1Q 2022.

In addition, the CSV Normand Mermaid has won a contract with an undisclosed seabed seismic company.

The project will commence in the second quarter of this year.

The two contracts will see a combined utilisation of around 300 days, Solstad said in its Oslo Exchange filing.

To remind, the company also recently landed a contract for another vessel from its subsea fleet.

The 2001-built Normand Cutter will be on duty for UK-based subsea engineering firm Global Marine Group.

Firm duration of the contract is 120 days plus 80 days options thereafter. 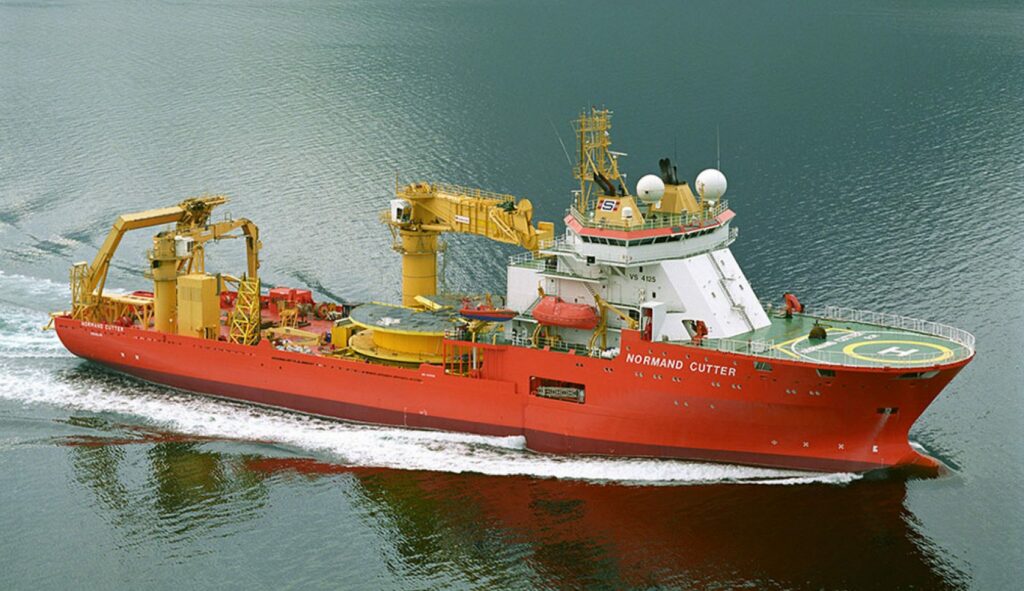