Swedish developer Novige has secured funding from Sweden’s innovation agency Vinnova for the development of its NoviOcean wave energy prototype.

The grant in the amount of SEK 900K (€90,000) has been awarded by Vinnova, the Swedish government agency that administers state funding for research and development, as part of its ‘Innovative Startups phase 2’ programme.

Novige will use the funding to further improve the design and function of its NoviOcean prototype unit (NO1), according to the company.

The funding will also enable the evaluation and updating of Novige’s intellectual property (IP) strategies and business plans, as well as facilitate connections with future potential suppliers.

Jan Skjoldhammer, CEO and founder of Novige, said: “Moreover, a critical aspect of our work during the ‘Innovative Startups phase 2’ project will be to focus on deepening our understanding of the market needs and improving our cost estimates. We will also focus on effective engagement with our partners and potential customers”.

After testing the prototype for two weeks in the wave tank, in addition to six weeks offshore, Novige said it gained invaluable insights on how to tweak the power take-off (PTO) design for even better performance.

The prototype is now back at the company’s test rig, built using a previous grant from Åforsk, at KTH Royal Institute of Technology.

NoviOcean is a floating non-resonant point absorber WEC which extracts energy from the vertical motion (heave) of the waves.

To remind, Novige was selected for support under the second Marine Energy Alliance (MEA) call.

Novige, and 22 other companies supported in the call, will receive suite of tailored expert services that will enable them to realise their ambitions and contribute to the coherent growth of the marine energy industry in general. The companies join 22 other small and medium-sized developers, that were selected in the first MEA call.

MEA is a four-year project running from 2018 to May 2022 which aims to progress the technical and commercial maturity level of early-stage (TRL 3 – 4) marine energy technology companies with the overall goal of reducing the risk of device failure in subsequent demonstration phases. 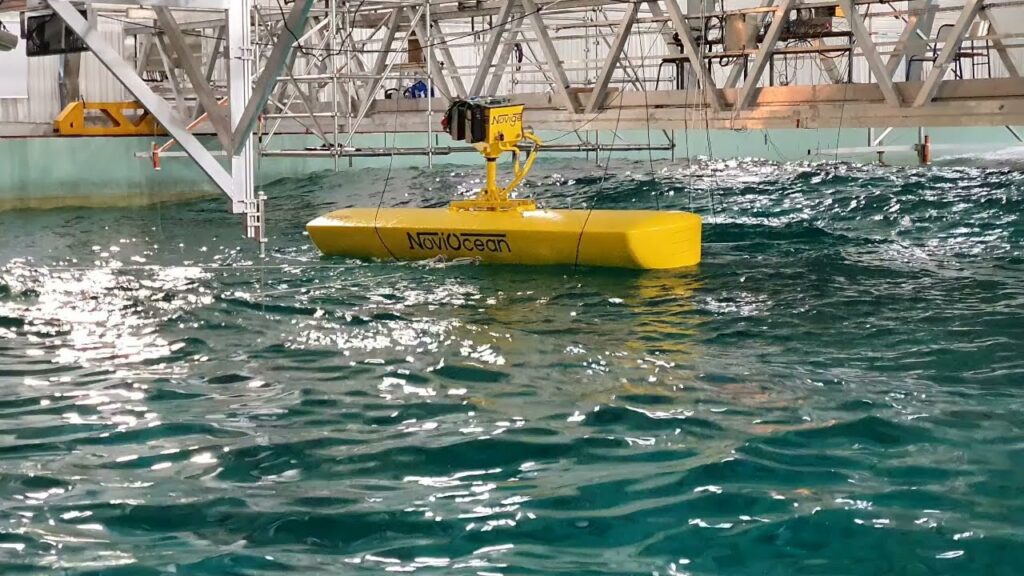