Saga Subsea has, with its parent company Viking Kystservice, purchased a vessel to be utilized for inshore and nearshore marine operations.

The vessel is specially built for survey and ROV operations but it has also been customized as a AUV support vessel on previous campaigns.

Currently located at Killingøy Subsea & Offshore base, the vessel will for the next two months be refurbished and upgraded to technically be prepared according to the market standards.

Saga Subsea already supported a campaign with this vessel, and together with an AUV company, conducted a survey on one of the main gas export pipes from Norway to Europe.

The company said that its vision for the vessel will be to still support these types of activities, but in addition have an ROV system permanently installed onboard to have a complete support package within the fields of inspections, subsea cable, underwater gas pipes and more.

In addition, Saga Subsea has a close collaboration with Maritime Museums, and Archeologic Museum and added into a larger research project named Maktens Havn.

For the attendance in this project, the vessel and subsea technology will be used to search for sunken trade vessels, Viking ships and other artifacts of archaeological interest hidden below the surface.

The company believes that this project will allow it to further develop new subsea technology, and be competitive in an international market not traditionally attended by the subsea industry. 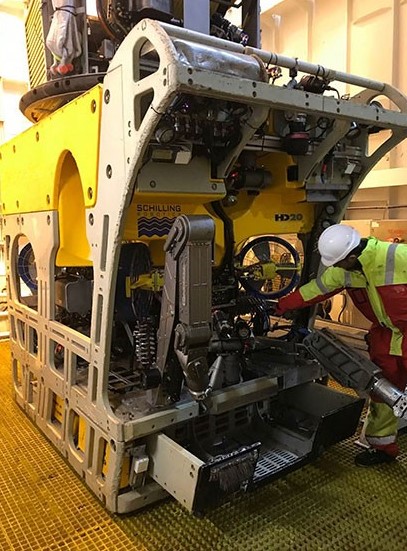