Sembcorp Marine, which was contracted to design and construct the three ferries, fabricated the vessel based on the proprietary design of its wholly-owned subsidiary LMG Marin.

Some of the energy-efficient solutions incorporated in the RoPax ferries include quick-connection shore charging plugs, auto-mooring, auto-cross, efficient hull, propulsion and recovery systems and minimised hotel and auxiliary loads.

As described, the vessels will operate on zero-emission, powered by lithium-ion batteries at a service speed of 10 knots. When required, they can run on combined battery-diesel hybrid backup modes.

The batteries will be charged and recharged using green hydroelectric power, Sembcorp Marine pointed out.

Once launched, the 82.4-metre ferries will operate on Norled’s shortsea Hella-Vangsnes-Dragsvik connection in Norway, contributing to emission reduction.

The remaining two RoPax ferries are expected to be ready in 2022.

Wong Weng Sun, Sembcorp Marine’s president & CEO, said: “The demand for passenger ferries is anticipated to increase owing to a wide range of factors including the emerging trend of ferries as a viable alternative transport, development in marine fuel technologies, and inclination of consumers towards luxury marine travel.”

For Sembcorp Marine, the construction marks the company’s entry into the Ropax niche market.

Under the contract, the ferry will be rebuilt from diesel-mechanical propulsion to electric propulsion with battery and charging from land. 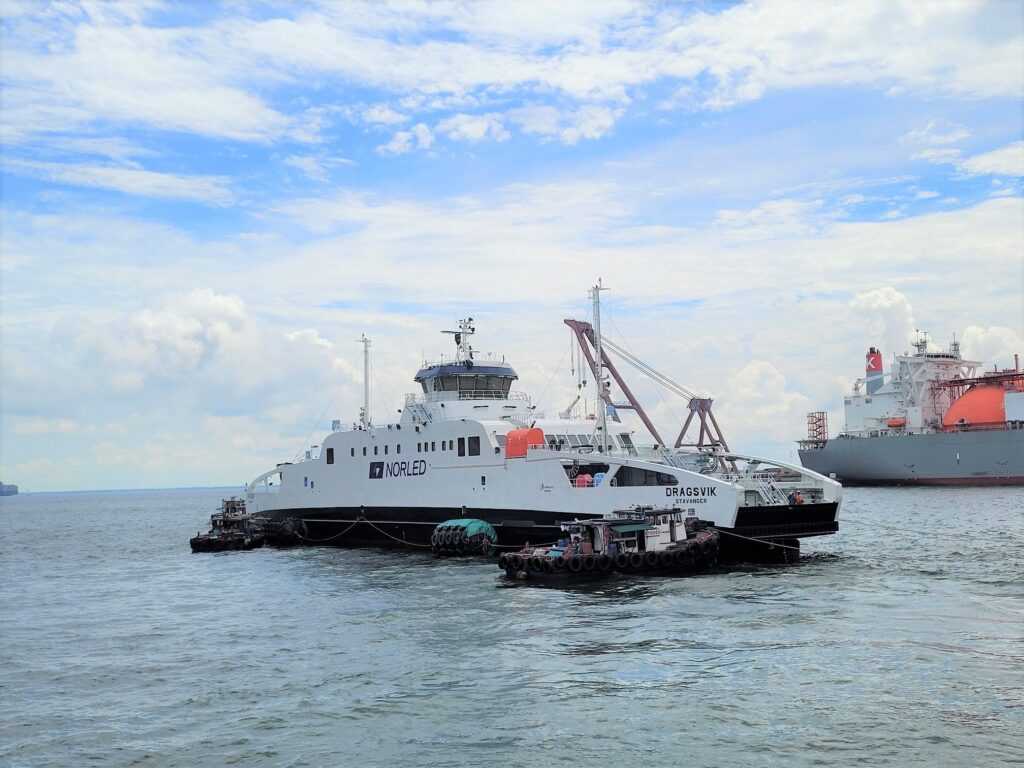