TGS has kicked off a new seismic reprocessing project in the Western Margins of the Central North Sea, said to be designed to secure exploration success.

The project will see the reprocessing of 3,500 square kilometers of data in the Greater Catcher Area covering quads 21, 28, and 29 of the North Sea on the margins of the UK Central Graben.

Acquired in 2011 and 2012, the original data will be reprocessed through a fully comprehensive broadband PSTM processing flow, focused on maintaining the AVO character of the data to allow for an inversion-based Quantitative Interpretation (QI) workflow to follow.

Highlights of the flow include TGS’ inversion-based deghosting technique, comprehensive shallow water demultiple routines, and a high fidelity migration algorithm to provide the AVO-compliant regional benchmark dataset for the interpretation and Inversion workflow.

According to TGS, this newly-enhanced data and interpretative QI output, combined with the existing seismic coverage in the area, will augment understanding of the subsurface.

This insight is expected to enable the targeting of prolific Tay sandstone reservoirs with a view to future development in an area with excellent prospectivity and Infrastructure-Led Exploration (ILX) opportunities, the company added.

Will Ashby, executive vice president, Eastern Hemisphere at TGS, said: “TGS is excited to embark on this project supporting the future success of new field development and infrastructure-led exploration in this region. Our inversion-led processing and interpretation efforts are designed to solve the challenges of this mature region and maximize opportunities for our clients.”

Earlier this month, TGS entered into a licensing deal with the North Sea oil and gas operator Orcadian Energy for high-quality seismic data.

Under the agreement, Orcadian will gain access to 2,070 square kilometers of newly reprocessed and interpreted 3D seismic data covering the bulk of its licensees and enabling evaluation of nearby open acreage in the upcoming 33rd round 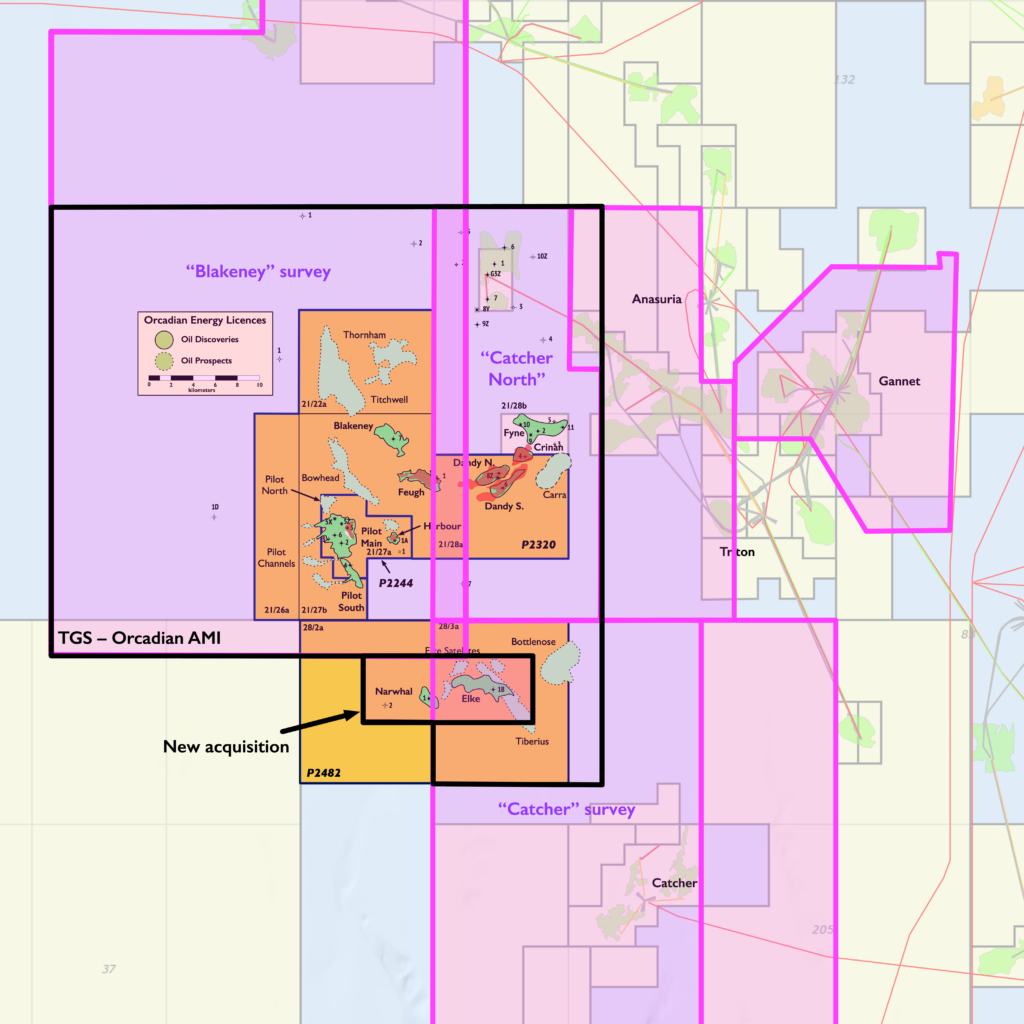