Cargotec’s MacGregor Chain Wheel Manipulator has won Offshore Support Journal’s Innovation of the Year award. The award was announced at the Annual Offshore Support Journal Conference in London on 15 February, and presented to Cargotec’s sales team for Advanced Load Handling in front of an audience of over 400 people at the conference gala dinner.

The Offshore Support Journal innovation award recognises a product, system or service which is considered to have made a significant impact on the design, build and/or operational aspects of offshore support vessels in service during the previous calendar year. “We are delighted to have won such a prestigious award, particularly in the face of strong competition from a shortlist representing the best in innovative design from across the industry,” said Frode Grovan, Director, Sales and Marketing, Advanced Load Handling.

Anchor-handling tug/supply vessels (AHTS) must be able to handle the variety of chain sizes employed in subsea mooring operations, and so they carry a range of interchangeable chain wheels which can weigh up to 12 tonnes. Cargotec developed the MacGregor Chain Wheel Manipulator in response to an approach from STX. The shipbuilder required a solution for five STX OSV design AHTS vessels under construction for DOF by STX Norway Offshore’s subsidiary STX Offshore Brazil. These vessels are intended for operations some distance off the Brazilian coast under long-term contracts from Petrobras, which specified that it should be possible to change chain wheels at sea.

“Changing a chain wheel was previously complicated and labour intensive, and any movement of the vessel caused by wind or waves made it unacceptably hazardous, forcing a vessel to return to port and change the wheel alongside,” said Mr Grovan.“The trend offshore is to introduce remote-controlled devices that keep crew members clear of potentially hazardous operations while also improving a vessel’s profitability. Cargotec developed the Chain Wheel Manipulator to meet both of these objectives. It is designed in accordance with Det Norske Veritas’s rules for certification of lifting appliances, and can accommodate chain wheels of various sizes, covering all anchor-handling demands likely to be made of any AHTS”. 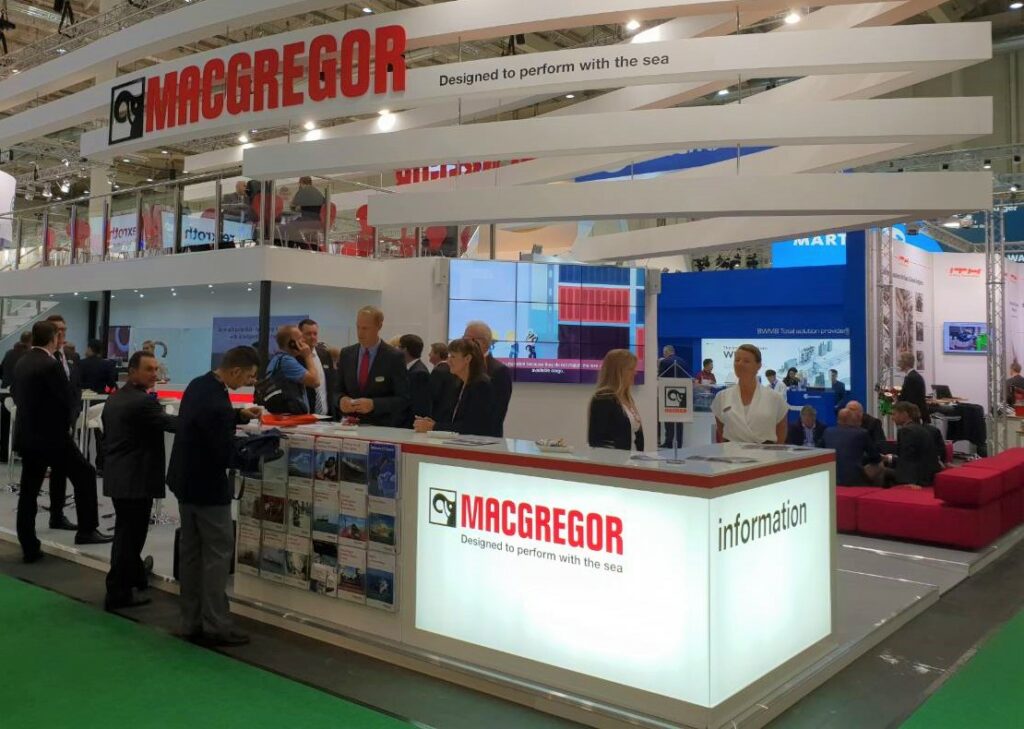