Substantial volumes of oil and gas remain in the subsurface of the Danish North Sea, but recovering them is technically complex and requires work above and below water.

Dan Bravo Rationalisation, a challenging three-year project that has reached its midway point, is an example of the complex subsurface and diving work regularly carried out by Maersk Oil’s Danish Business Unit. The project, which will rebuild Maersk Oil’s first-producing platform, Dan Bravo, also involves the conversion of the manned platform into an unmanned platform and is the first of its kind in the Danish North Sea. The diving work with its challenging subsea removal and installation is an important part of the project.

Subsea work on the Dan Bravo Rationalisation began in 2013 with divers using photogrammetry, the process of obtaining measurements from photographs, to get accurate data on the dimensions for reinforcement clamps and a new conductor level for the Dan A platform.

This year’s diving work began in mid-April and the first of two stages was completed in July.

The second stage of the 2014 campaign began at the end of July with divers working at greater depths of up to 40 metres.

Diving work in connection with Dan Bravo rationalisation is one example of the extensive underwater activity required in a mature field operation.

Maersk Oil carries out diving inspection on platform jackets bi-anually. 81 days are expected to be spent on diving in 2014. 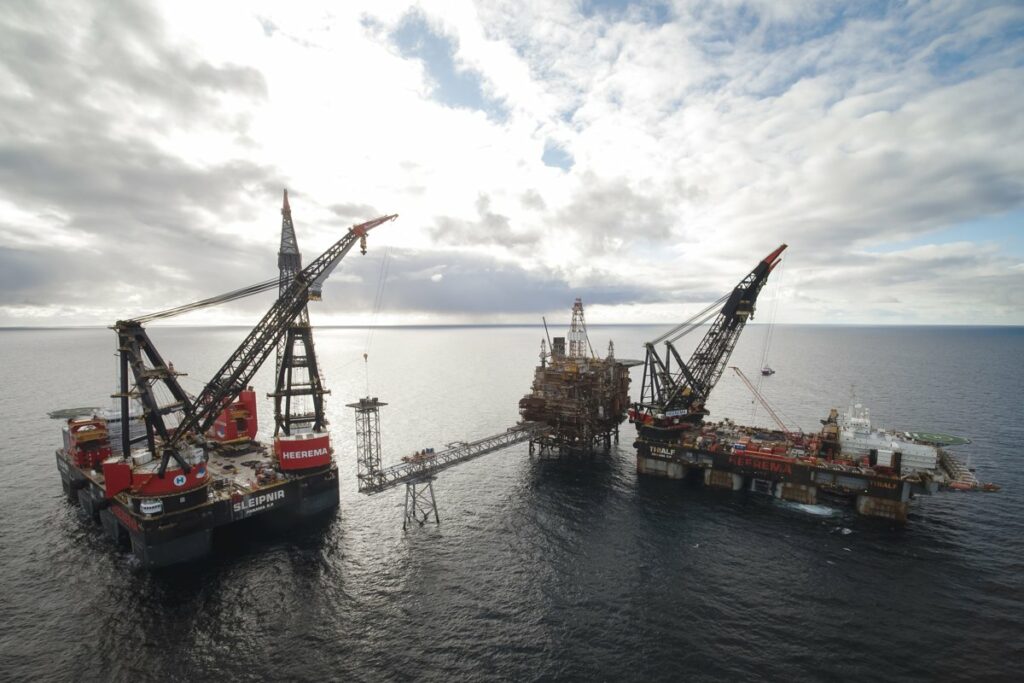