The concept is said to be the first ammonia as fuel design of its kind in China, and it is viewed as the first step in exploring and testing low carbon alternatives such as ammonia.

“The “C-FUTURE” solution is another pioneering initiative of DSIC on the development of green ships and clean energy applications,” Yang Zhizhong, President of Dalian Shipbuilding Industry, said.

“Enabling vessels to operate with low emissions has been an aim of MAN Energy Solutions’ two-stroke portfolio for many years and we continuously introduce engines capable of operating on such clean fuels as LNG, methanol and ethanol,” Bjarne Foldager, Senior Vice President, Head of Two-Stroke Business at MAN Energy Solutions – commented.

“As such, low-speed marine engines are already the most efficient propulsion system for trans-oceanic shipping, making them the de-facto, standard powertrain for commercial vessels. In this respect, developing ships fuelled by ammonia makes perfect sense as it has the potential in the future to be created from renewable, primary-energy sources such as wind, hydro or solar,” Foldager added.

The main objectives of the AiP include developing a specification for a dual fuel VLCC that meets the IMO’s GHG 2030 emission limitations and preparing the relevant design drawings.

“CNOOC is building LNG bunker vessels and planning to build four international LNG bunkering stations along the Chinese coast. We are very happy to work together with the four partners in this project to promote LNG as a marine fuel,” Qiaoyu, General Manager of the LNG bunker project, CNOOC Gas & Power Group, said.

The MoU, which has been signed at the start of Marintec 2019, will include research into zero-emission vessel projects, trends and applications for meeting the IMO’s 2050 decarbonisation target.

The partners plan to establish a Technology Research Centre in Shanghai to address the challenges of new regulations. Additionally, LR and CSSC have agreed to hold a biennial ‘Global Shipping Forum’ that will coincide with Marintec, to promote discussion around key issues affecting the maritime industry.

The research collaboration will look at the use of blockchain and digital twin technologies and will evaluate ship propulsion systems, including various clean energy sources and their certification. FPSO, FLNG, FSRU design concepts will also be assessed.

The partners plan to exchange training on a range of topics including cyber security, cruise ship design and the application of new energy sources for ships such as hydrogen fuel cells and lithium-ion batteries.

LRsaid it would also offer technical support and training for gas carriers including ships for the carriage of LPG, LNG, ethane, hydrogen and ammonia. 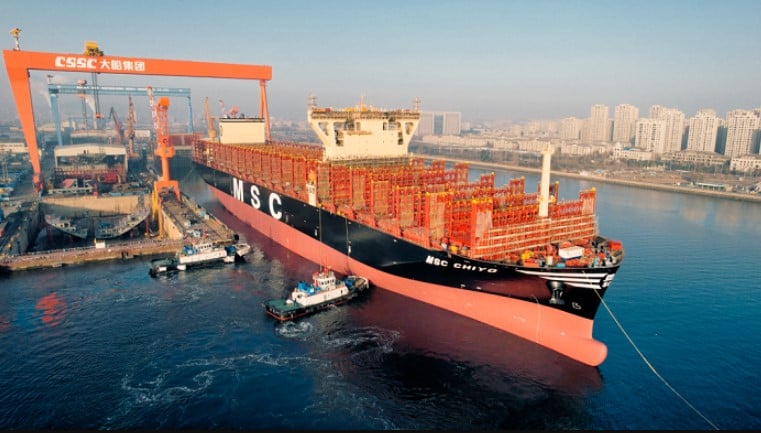