According to the shipbuilder, the LNG carrier completed the trial voyage in five and a half days and safely docked at Changxing No. 0 base wharf on 23 August, laying a foundation for upcoming gas trials in September this year.

This is the first 174,000 cbm LNG carrier manufactured by Hudong – Zhonghua for COSCO Shipping Lines and CNPC’s Hong Kong-listed unit PetroChina as part of their project to expand the LNG industry.

As described, it is an upgraded and optimised LNG ship based on the company’s self-designed fourth-generation XDF dual-fuel propulsion.

The Chinese shipbuilder held keel-laying ceremonies for the first and second LNG carriers in June and September 2021, respectively.

To remind, COSCO and CNPC placed an initial order for three LNG carriers at Hudong – Zhonghua back in 2020. In June 2021, CNPC ordered three more 174,000 cbm carriers at the same shipyard.

At the end of 2021, Hudong – Zhonghua received another order for three LNG carriers from COSCO Shipping Energy Transportation Co. The vessels are slated for delivery in September 2024, December 2024, and March 2025. 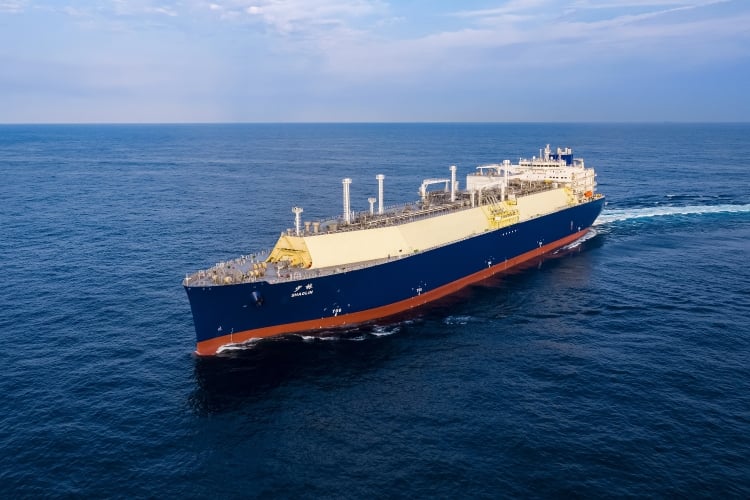