Oil major ExxonMobil has revealed its capital spending in 2021 will be in the range of $16 billion to $19 billion as well as its plans to focus on developing technologies to reduce emissions, especially carbon capture and storage technology, and eliminate routine flaring by 2030.

ExxonMobil’s 2021-2025 capital program has been optimized to the current market outlook with an investment strategy prioritizing the highest-return opportunities.

In a statement ahead of its annual investor day on Wednesday 3 March 2021, ExxonMobil outlined its plans through 2025 to increase earnings and cash flow to sustain and grow its dividend, reduce debt, and fund advantaged projects while working to commercialize lower-emission technologies in support of the goals of Paris Agreement.

ExxonMobil has long been the target of environmentalist attacks due to its position on climate change. The company has also been accused of being aware of the role of fossil fuels in global warming, but it has denied these claims.

Other oil majors – Shell, BP, Equinor, Total, and Eni – have all already pledged to become net-zero companies by 2050 or sooner.

They have also started investing in renewable projects like offshore wind. One of the more noticeable investments came from BP after it recently entered the Empire Wind and Beacon Wind projects off the U.S. for a price tag of $1.1 billion.

While the European oil and gas players have already set long-term dates for reaching emission reduction goals, ExxonMobil has been reluctant to do the same.

Back in February 2021, activist firm Engine No. 1, which has nominated four independent director candidates to the ExxonMobil board of directors, sent a letter to the oil major, claiming that it was falling short of what was expected regarding reaching climate goals set by the company.

Amid activist pressure, ExxonMobil earlier this week added two new members to its board. However, according to the Wall Street Journal, Engine No. 1 plans to continue the proxy fight.

“We are fully committed to growing shareholder value by meeting the world’s energy demands today and pursuing a technology-driven strategy to succeed through the energy transition”, Darren Woods, chairman and chief executive officer, said at the company’s annual investor day.

“Our investment portfolio is the best we’ve had in over 20 years, and will grow earnings and cash flow in the near term while remaining flexible to market conditions and benefiting from ongoing cost-reduction efforts.

“Looking ahead, we’re working to reduce our emissions and develop solutions, such as carbon capture and low-carbon hydrogen, needed to de-carbonize the highest emitting sectors of the economy – a critical requirement for society to achieve its net-zero ambition”.

ExxonMobil said on Wednesday it plans capital spending of $16-$19 billion in 2021 and $20-$25 billion per year through 2025 on high-return, cash-accretive projects.

The company pointed out that these spending plans can be modified to reflect market conditions, as illustrated by successful efforts to preserve the value of investment opportunities while reducing capital spending by more than 30 per cent in 2020 as a result of the pandemic.

Namely, following reductions announced in April 2020, ExxonMobil’s capital investments for 2020 were about $23 billion, down from the previously announced $33 billion.

The company also reduced cash operating expenses by 15 per cent in 2020 and expects permanent structural savings of $6 billion a year by the end of 2023 versus 2019.

Future spending plans take into account potential market volatility as the economy recovers from the pandemic.

“Our investments are expected to generate returns of greater than 30 per cent”, said Woods.

To grow shareholder value through the transition to a lower-carbon economy, ExxonMobil emphasised it has focused its extensive research and development portfolio on technologies to address hard to de-carbonize sectors of the economy responsible for approximately 80 per cent of energy-related emissions — commercial transportation, power generation, and heavy industry.

It will initially focus on carbon capture and storage (CCS), the process of capturing CO2 that would otherwise be released into the atmosphere from industrial activity, and injecting it into deep geologic formations for safe, secure, and permanent storage.

ExxonMobil pointed out it has more than 30 years of experience in capturing carbon. The company has an equity share in about one-fifth of global CO2 capture capacity and has captured approximately 40 per cent of all the captured anthropogenic CO2 in the world.

ExxonMobil also produces about 1.3 million tonnes of hydrogen per year and is developing technology that could significantly lower the cost of both CCS and low-carbon hydrogen.

The International Energy Agency projects that CCS could mitigate up to 15 per cent of global emissions by 2040 and the authoritative U.N. Intergovernmental Panel on Climate Change (IPCC) estimates that global decarbonization efforts could be twice as costly without CCS.

Using estimates and demand projections, including from IPCC Lower 2 degree Celsius scenarios, the market for CCS and other low-emission technologies and products is expected to grow significantly by 2040.

“Our development of next-generation technologies and existing businesses positions us well to capitalize on the growing demand for de-carbonization and market opportunities that are increasingly coming together to support lower-carbon energy solutions”, said Woods.

The plans are expected to reduce absolute greenhouse gas emissions by an estimated 30 per cent for the Upstream business.

Absolute flaring and methane emissions are expected to decrease by 40 to 50 per cent under the plans.

The company also aims for an “industry-leading greenhouse gas performance” and to eliminate routine flaring in line with the World Bank initiative by 2030.

In related news, ExxonMobil said on Tuesday it would reduce staffing levels at its Singapore affiliate as part of its ongoing effort to improve and sustain long-term competitiveness.

It is anticipated that about 300 positions will be impacted by the end of 2021, representing approximately 7 per cent of the company’s more than 4,000 employees in Singapore, ExxonMobil said on Tuesday. 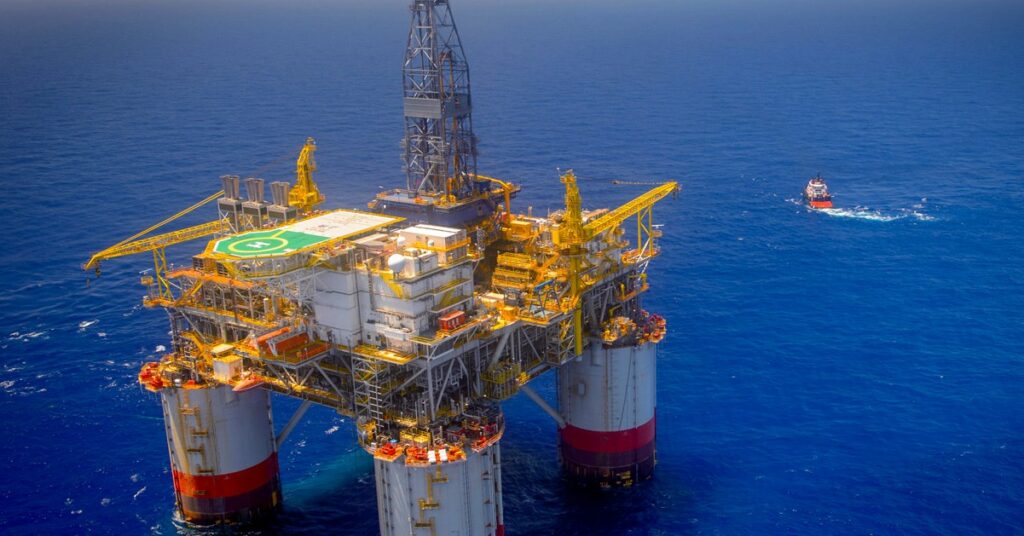