Incat said on Tuesday that the vessel, named Libby L. McCall, was Seacor Marine’s third vessel in a series of new monohull FSVs.

According to Incat, the first two FSVs of the series were the Liam McCall and the Liam J. McCall with one more vessel under construction.

Specially designed gangways are also provided on each side of the vessel to provide safe boarding means to both crew and passengers.

“This latest delivery is a testimony to Incat Crowther’s valued partnership with Seacor Marine and Gulf Craft, with all three parties sharing a commitment to service and a philosophy of innovation,” Incat said.

Earlier this month, Seacor Marine acquired three FSVs in exchange for the private placement of 603,872 shares of its common stock to domestic U.S. holders affiliated with the McCall family of Louisiana. Seacor has operated the acquired vessels for the past ten years under a revenue sharing pooling agreement along with four of its owned FSVs of similar specification. As part of the transaction, this pooling agreement was terminated. 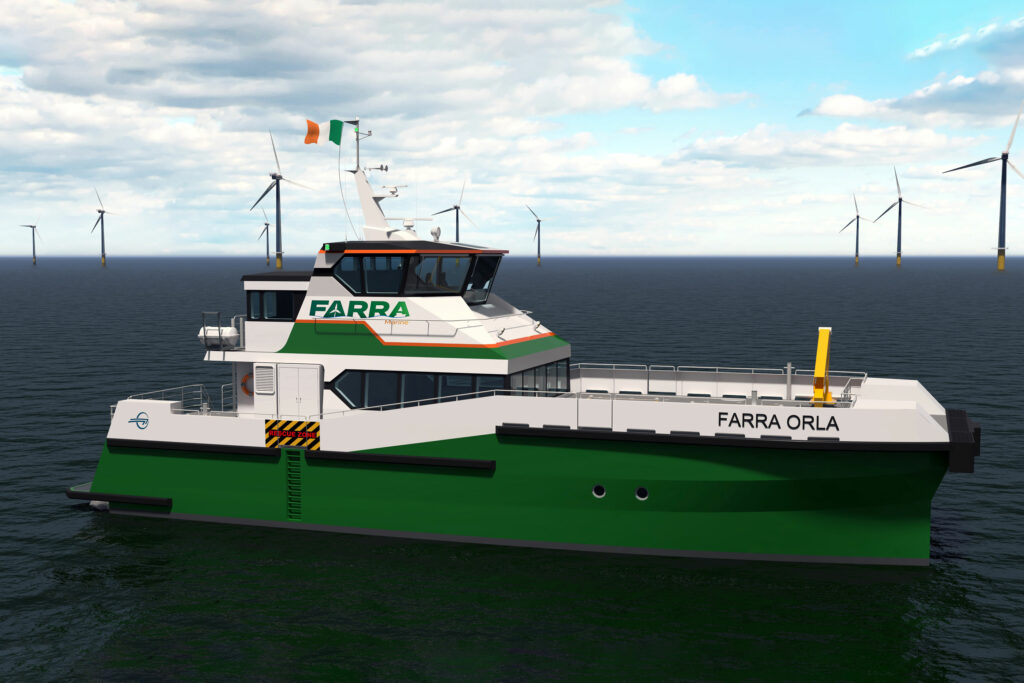