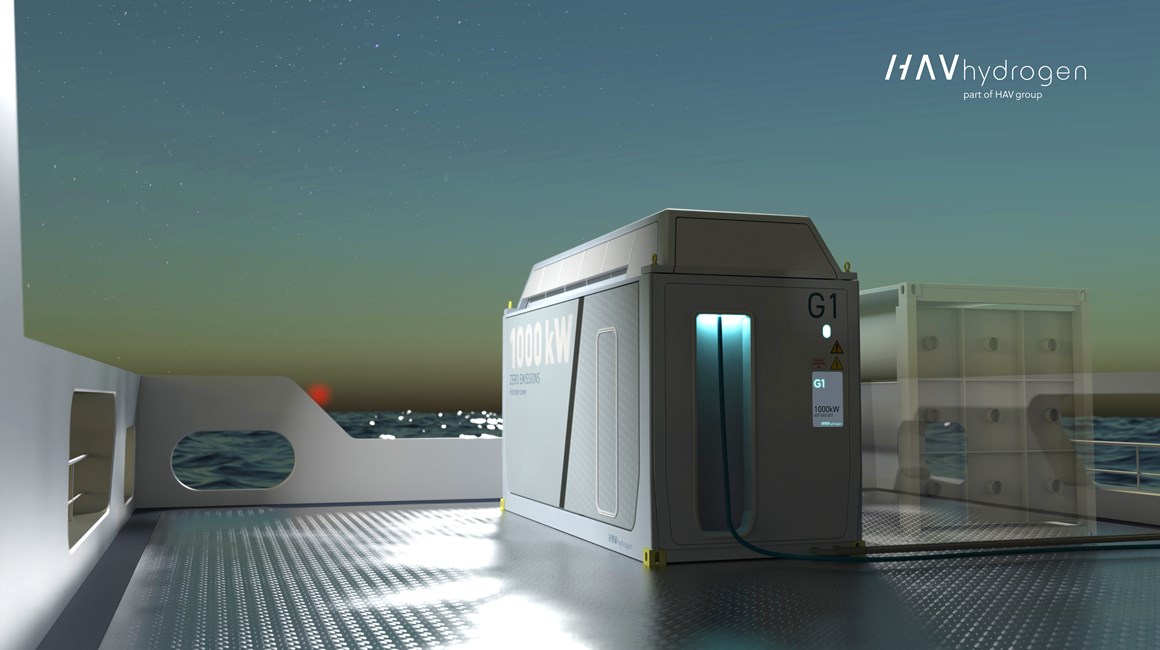 Photo: Courtesy of HAV Hydrogen

HAV Hydrogen to launch containerized H2 systems for ships

Norwegian supplier of hydrogen-based energy systems for vessels HAV Hydrogen, a subsidiary of HAV Group, is set to introduce a deck-based containerized hydrogen energy system for ships and fast-track the commercial use of hydrogen as ship fuel.

As described, the solution is a stand-alone, scalable power supply where all support and safety systems as well as electrical power management are included.

It is based on 200kW hydrogen fuel cell modules and can, for instance, be set up with 1,000 kW output from a standard 20-foot-long shipping container.

The installed effect can be used for the main propulsion systems, or for additional power supply on board the vessel. Output effect will be dimensioned to provide optimal zero emission power in desired operating situations, sailing patterns and vessel types.

“The containerized, deck-based system is our response to shipowners who want a retrofit option that represents significantly lower cost and risk for vessels that have not already been prepared for a conventional retrofit installation below deck”, says Kristian Osnes, managing director at HAV Hydrogen.

“Whereas for newbuild vessels, it can be a solution that reduces risk and complexity for a technology that is new to most shipyards.”

Earlier this year, the Norwegian Maritime Authority and DNV granted preliminary approval for the below deck system. 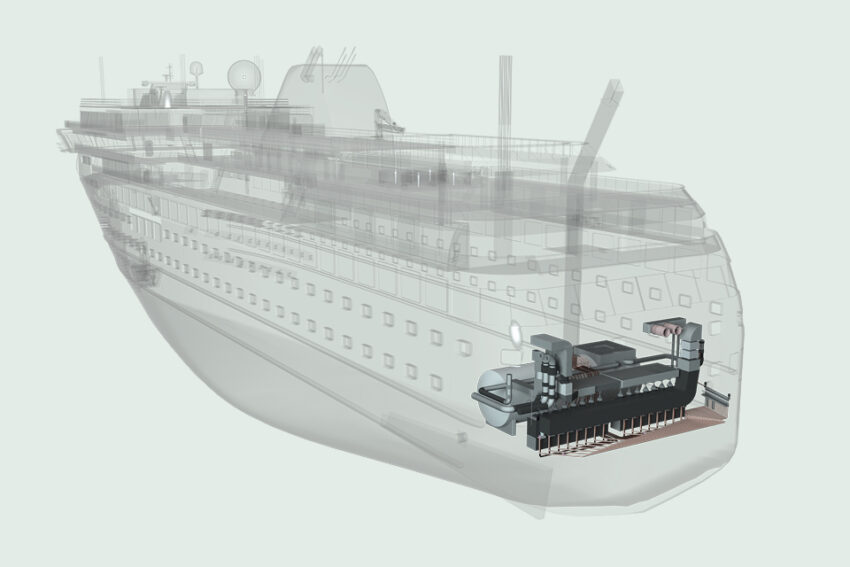