Thanks to the award of an integrated field support vessel (FSV) contract, Norway’s DOF Group has secured multiple new jobs in the Atlantic region with an undisclosed operator in West Africa.

DOF disclosed on Monday that the duration of this contract is 365 days. However, the deal also entails optional 365 days. Under the terms of this contract, the company will deliver project management, engineering, procurement and logistics within deepwater construction and maintenance of existing subsea infrastructure.

DOF outlined that it will use Skandi Seven for this contract. The 2008-built Skandi Seven is an offshore construction support vessel, featuring AKER OSCV 03 design. In addition, the firm has been awarded multiple FEED studies towards prospective floating wind developments in the Atlantic region.

Therefore, the Norwegian player intends to use its project management, engineering and logistical expert teams to outline marine operation solutions, including mooring and dynamic cable installation.

Meanwhile, DOF announced the charter for its recently acquired CSV Havila Phoenix, which has been hired for a three-year firm deal with a two-year extension option. This contract is scheduled to start in Q1 2023.

Commenting on the new deals, Mons Aase, CEO of DOF Subsea, remarked: “I’m pleased with the award for a new integrated FSV contract in West Africa, once again proving our ability to deliver complex marine operations and engineering services. I also welcome Havila Phoenix into our fleet of advanced subsea vessels.”

When it comes to DOF’s recent activities, it is worth noting that the Norwegian player secured in October 2022 a contract extension in Brazil for one of its AHTS vessels, along with new contracts in West Africa and in the North Sea.

This followed series of contracts from September 2022 in the Atlantic region and in the Gulf of Mexico, totalling more than 680 vessel days. 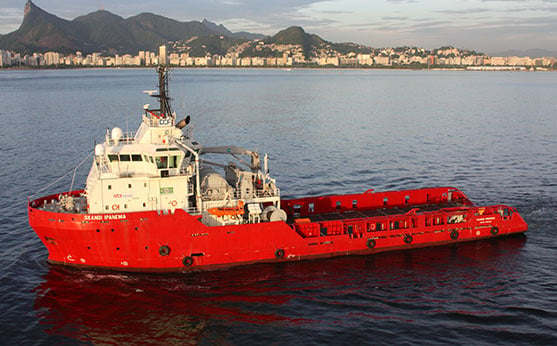 Petrobras takes DOF vessel for ops in Brazil
Posted: 10 days ago
Malaysia next on schedule for DOF Subsea
Posted: about 1 month ago
More work on the horizon for DOF fleet
Posted: 3 months ago