Despite the Covid-19 pandemic, the project progress has been steady and the vessel was delivered on time on 31 May, three years after the signing of the shipbuilding contract, Ulstein said.

“The CLV Nexans Aurora will contribute to unlocking the huge potential of offshore renewable energy for our customers worldwide. We are impressed by the effort done by the Ulstein Group, MAATS Tech Ltd and Skipsteknisk to deliver the “CLV Nexans Aurora” on time despite the uncertainties and difficulties created by the Covid-19 pandemic.”

Ulstein began the construction of Nexans Aurora in February 2019.

The 150-meter long vessel completed its sea trials at the beginning of May, after which outfitting, some paint jobs and tests on the A-frame and some of the winches were carried out.

Nexans Aurora will also work on the Crete-Attica interconnector in Greece and the Empire offshore wind project in the U.S. 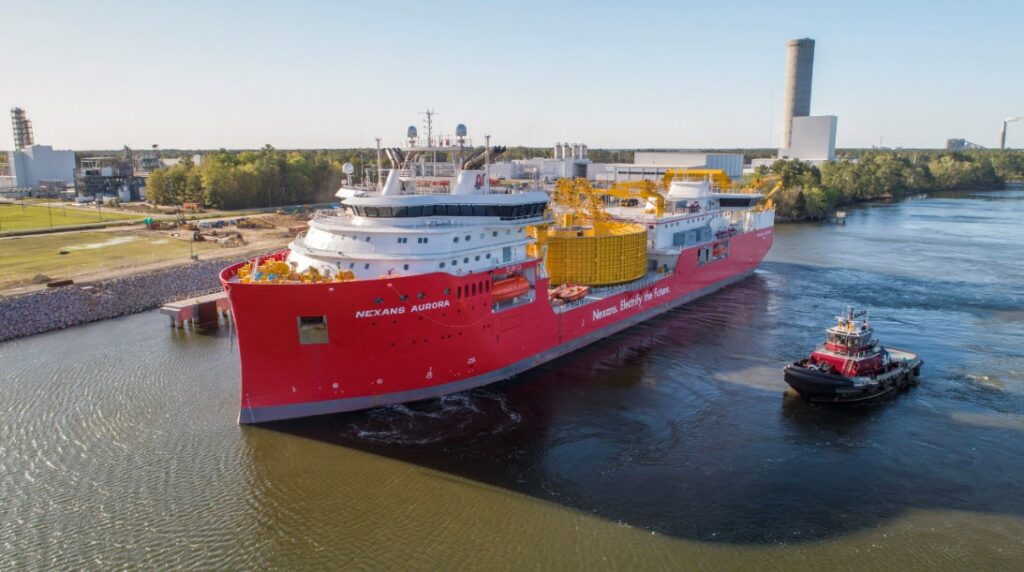