DOF Subsea, in a joint venture with TechnipFMC, has secured two contracts with Petrobras for the pipelay support vessels (PLSVs) Skandi Vitória and Skandi Niteroi.

The vessels will perform decommissioning and subsea installation work, with Skandi Niteroi operating mostly in shallow water and Skandi Vitória working in shallow and deep water.

Both vessels are Brazilian-built and flagged and owned by DOFCON Navegação, a joint venture between DOF Subsea and TechnipFMC.

Operations are expected to begin by February 2022. Each contract is for three years, with an option to extend.

Since the beginning of the year, DOF Subsea landed several contracts with Petrobras.

Under the contract, the company will provide vessel and remotely operated vehicle (ROV) services for the survey campaigns on the Jubarte, Tupi and Iracema fields.

The article was amended on 1 September at 10:00 a.m. to state additional information. 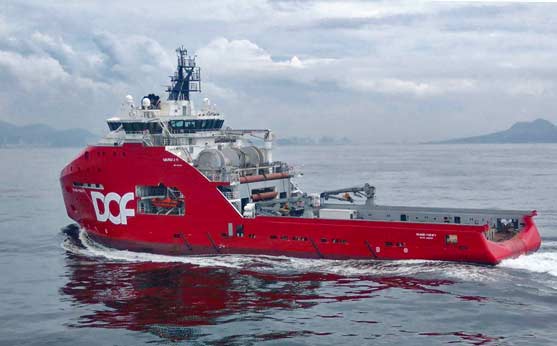