ASI Marine has established the record for the longest tunnel swim with a Falcon ROV.

By modifying the Saab Seaeye Falcon ROV, they were able to send the vehicle through a pipeline stretching over four kilometres under Gladstone Harbour, Queensland to Curtis Island.

Bob Clarke, ASI Marine’s senior operations manager, says they achieved this by modifying the power supply to the system so that the Falcon could operate over five kilometres of tether.

The inspection on the Santos Gladstone LNG Project was conducted with the Falcon to confirm the condition of the pipeline that was pushed through the utility tunnel.

The utility tunnel had been bored to minimize environmental impact at the site and to provide a protected conduit through which to pass the pipeline and other utilities.

This was the last segment of the pipeline that delivers liquefied natural gas (LNG) to the Santos LNG plant on Curtis Island. The ROV inspection was conducted to ensure the pipe’s integrity during and after the push.

The Falcon was fitted out with video plus profiling sonar with a BlueView imaging sonar and Mesotech scanning sonar as additional navigation aids.

In modifying the Falcon to undertake the longest runs ever attempted by a vehicle of this class, ASI Marine has continued its tradition of developing innovative solutions for demanding projects. Established in 1987 this specialist underwater structure inspection and repair company has since pioneered many innovations, including becoming the first company to develop an ROV for internal pipeline inspection. 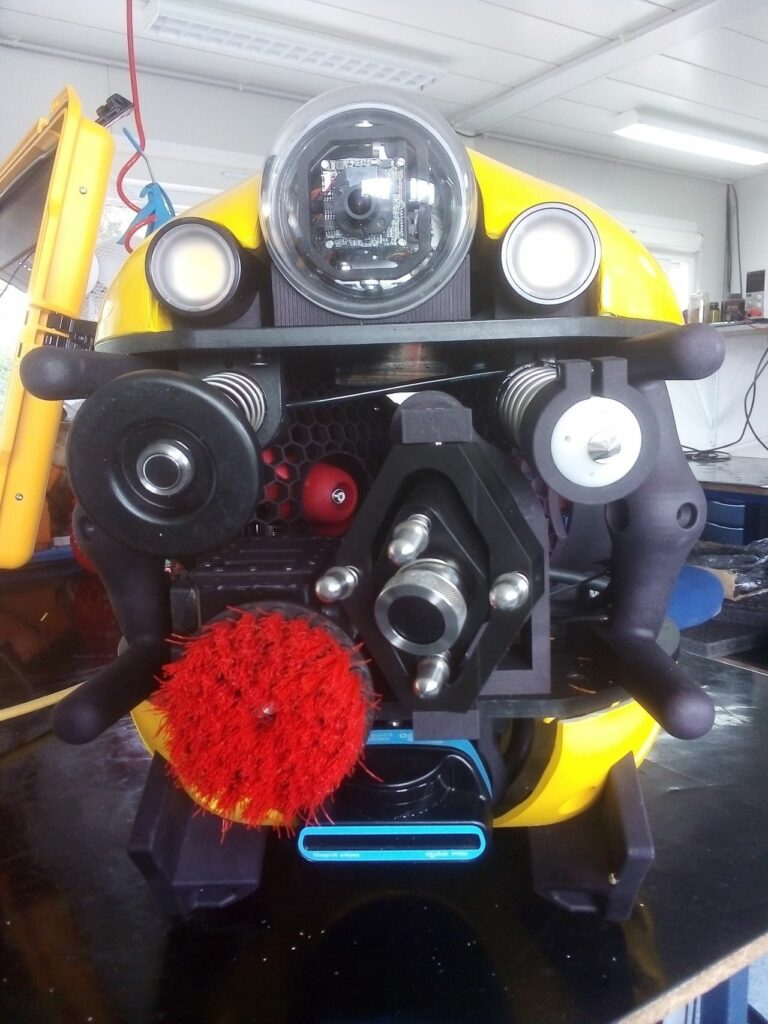