The ship will be designed for Grieg Edge, a dedicated innovation unit of the Grieg Maritime Group.

Powered by green ammonia, the zero-emission vessel will transport and distribute green ammonia fuel from a production facility in Berlevåg, Norway, to Svalbard, a Norwegian archipelago between mainland Norway and the North Pole from 2024, replacing coal-fired power, Sembcorp Marine unit informed.

Conventional ammonia, also known as grey ammonia, is manufactured by mixing hydrogen and atmospheric nitrogen under pressure, with the production of every tonne of grey ammonia producing two tonnes of carbon dioxide (CO2), negating its green benefits.

In contrast, green ammonia is produced with hydrogen derived from water electrolysis powered by renewable sources of energy such as wind and solar, making it an environmentally-friendly fuel.

“LMG Marin is pleased to be selected by Grieg Edge to provide design services for MS Green Ammonia… Together with Grieg Edge, we are excited in pursuing new green technologies and making it a future reality,” Torbjørn Bringedal, LMG Marin Managing Director, commented.

Contributing to a greener future

Since 2015, Sembcorp Marine has embarked on a strategic business transformation to re-balance its product solutions portfolio with an increasing focus on renewables and other green solutions. In tandem with its diversification into renewables, the group is also a founding member of the Global Centre for Maritime Decarbonisation (GCMD).

As a founding member, Sembcorp Marine has been invited to contribute its experience in a study initiated by GCMD to define safety and operational envelopes for an ammonia bunkering pilot in Singapore.

According to the company, Sembcorp Marine’s involvement underpins its commitment to work together with industry stakeholders to enhance Singapore’s status as a major marine fuel bunkering hub. This effort also supports the International Maritime Organization’s goal to halve shipping greenhouse gas emissions by 2050 relative to 2008 levels.

“The world’s energy transition is underway and the marine industry has been proactive in driving the industry forward towards a greener future. This exciting period of change also opens up new business possibilities and opportunities,” Wong Weng Sun, Sembcorp Marine President & CEO, pointed out. 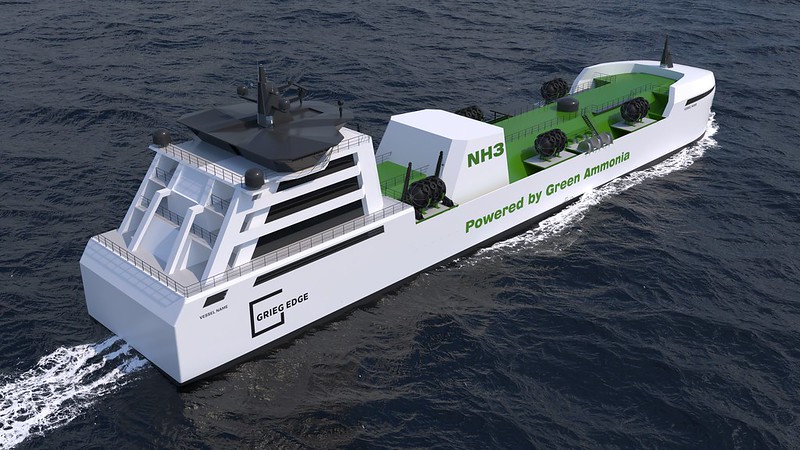