EMAS, a leading global offshore contractor and provider of integrated offshore solutions to the oil and gas (O&G) industry and operating brand for Ezra Holdings Limited announces two further contract awards worth a total of approximately US$131.5 million.

EMAS’s fabrication division, recently rebranded as TRIYARDS, has been awarded a US$76.5 million contract to fabricate and deliver a self-elevating mobile offshore platform/unit for a client based in Asia Pacific. The unit will be manufactured by the Group’s fabrication division’s yard in Vung Tau, Vietnam, the Group’s second yard facility in country. The fabrication division provides fabrication and vessel design as well as engineering services and has previously built one of the world’s largest self propelled jack-up rigs of its kind.

In a separate announcement EMAS reported its subsea division, EMAS AMC, has been awarded a US$55 million contract for SURF (subsea umbilicals, risers and flowlines) installation and pipe lay from Statoil for work in the North Sea.

Mr Lionel Lee, EMAS’s Managing Director, said: “Our continued stream of new contract wins across the globe by our various divisions validates our internationalisation strategy. We had identified subsea services for our next phase of growth, and since our strategic acquisition of Aker Marine Contractors last year to form EMAS AMC, we have been able to push our Group orderbook to almost US$2 billion in a short span of a year.

“The offshore energy industry is increasingly recognising EMAS as a trusted global player. Our contracts now come from beyond Asia Pacific, and include the challenging environments of the Gulf of Mexico and the North Sea. I am extremely delighted with the momentum and track record we have achieved, and I am confident we will be able to sustain this growth with all our divisions competing for projects around the world.”

EMAS recently announced the award of a US$70 million contract (with options valued at US$30 million) from Apache Energy Limited, allowing EMAS AMC to achieve its US$1 billion subsea orderbook target ahead of time. 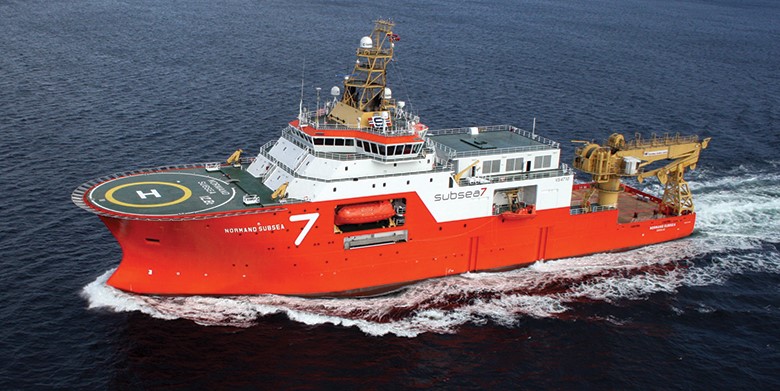