German energy company Uniper and Technip Energies have signed the agreement for the Front-End Engineering Design (FEED) study for the green hydrogen project at the Maasvlakte power plant site at Port of Rotterdam.

Following the announcement by the European Commission that Uniper‘s H2Maasvlakte project has been selected as an Important Project of Common European Interest (IPCEI), Uniper this week took another important step towards the realization of their 100 MW electrolyzer project in Rotterdam.

Recently, under the IPCEI program, the European Commission nominated the Uniper H2Maasvlakte project for the “IPCEI Hy2Use” hydrogen value chain.

As part of this process, the H2Maasvlakte project received a wide range of Letters of Support, Letters of Intent and concluded Memorandum of Understandings from multiple parties.

The supporters include renewable energy producers bidding for Hollandse Kust VI and VII (West), original equipment manufacturers (OEMs) for electrolyzers and green hydrogen off-takers within industrial processes. This high level of support shows the significant interest this project has gained across the full value chain, according to the company.

The work on the study under the new agreement starts immediately in October.

As part of the FEED scope of work, a multidisciplinary team from Technip Energies will deliver the full FEED package, including a design for a large-scale water electrolysis system, the balance of plant as well as site integration.

“We are very proud to make this important step and progress to FEED on one of our flagship hydrogen projects in the Netherlands. The location of the project at our Maasvlakte site in the port of Rotterdam will play a key role producing hydrogen for industry using the synergies provided by Uniper’s current operations, while also enabling system integration for connecting renewable power at what will be a very busy location,” Axel Wietfeld, CEO Uniper Hydrogen said.

“Technip Energies is engaged in accelerating carbon-free hydrogen solutions deployment to decarbonise the industry. Through our shared ambition of pioneering the energy transition and providing sustainable energy, we are committed to support Uniper through the delivery of the FEED towards their final investment decision and the project execution,” Laure Mandrou, SVP Carbon-free solutions of Technip Energies, added.

H2Maasvlakte aims to gradually scale up to a total electrolysis capacity of 500 MW for green hydrogen by 2030. The first 100 MW is scheduled to be commissioned in 2025. 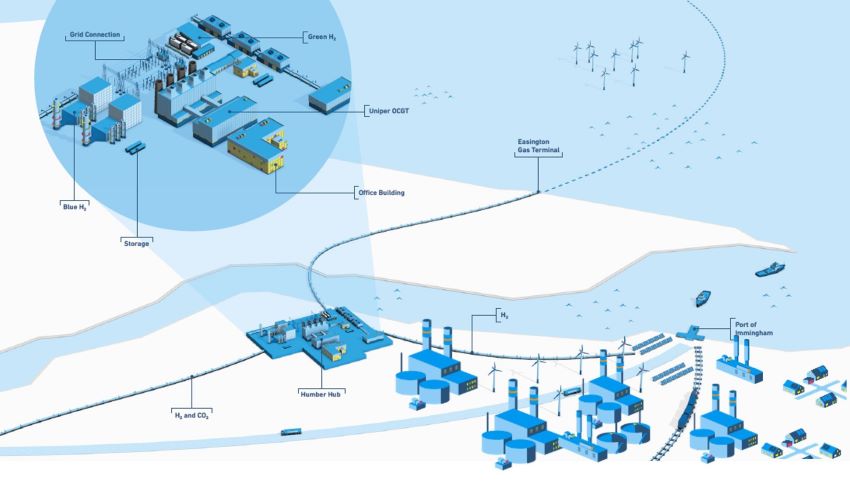