As disclosed, the 80,962 dwt bulk carrier Pyxis Ocean is the first to undergo such installation process. Two WindWings will be delivered by Yara Marine and installed on the bulk carrier, with one of those wings funded by the European Union as part of EU Horizon 2020 Project CHEK,

The project is dedicated to demonstrating solutions for decarbonizing international shipping. It proposes to decarbonize long-distance shipping by disrupting the traditional way ships are designed and operated today.

The installation, anticipated for deployment at the beginning of 2023, comes as the next step in a collaboration launched in 2019 between American company Cargill and MC Shipping Singapore Branch, the shipping arm of the Mitsubishi Corporation, to increase energy-saving and reduce emissions. The vessel will be charted by Cargill.

The companies emphasized that this first deployment with two WindWings will accelerate the partnership’s drive towards decarbonization.

“The pressure is on the ship owning and chartering community to take proactive and material action to tackle the immediate and uprising challenges towards the energy transition on its existing vessels, and fast,” said Takafumi Oka, General Manager, Ship Dept. of Mitsubishi Corporation.

“Reductions in fuel consumption via the exploitation of wind energy as a free fuel generates the two-fold benefits of lower fuel costs and lower emissions, propelling the global fleet affordably on its track to decarbonization. With projected reductions in average fuel consumption of up to 30% for a full-scale deployment, we anticipate that WindWings will significantly outperform its contemporaries in the wind propulsion arena,” John Cooper, CEO of BAR Technologies, added.

To remind, Yara Marine partnered with BAR Tech to design and implement wind-assisted propulsion for the shipping industry in April last year.

A few months later, the solution received an approval in principle (AiP) from classification society DNV. The AiP examined the deployment and functionality of WindWings in operation, use in extreme weather conditions, and system redundancy. 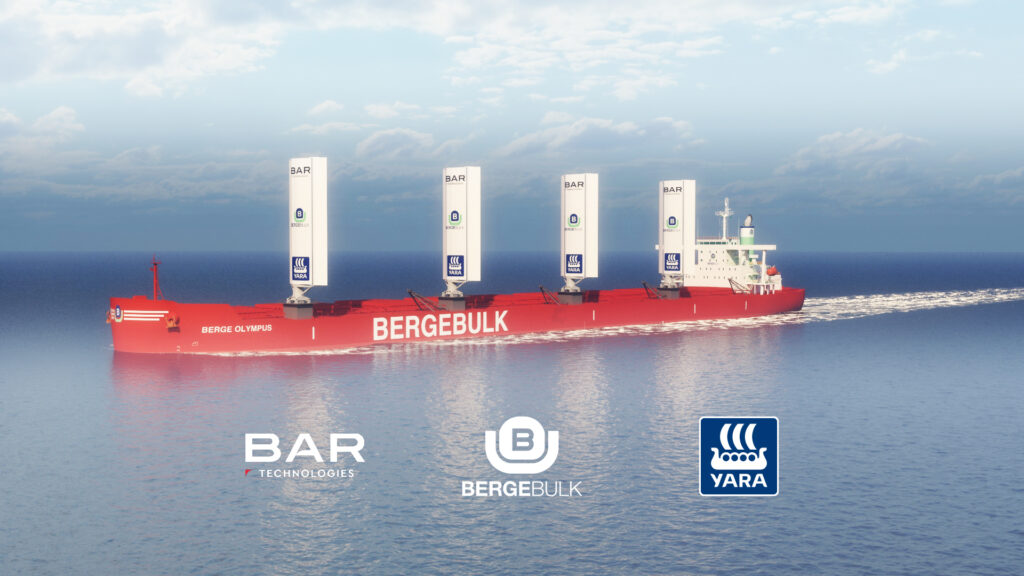