Solstad Offshore has won a contract for the subsea construction vessel (CSV) Normand Baltic, as well as a contract extension for CSV Normand Navigator within the renewables sector.

The contracts are for renewable energy projects in North Europe and Asia and represent a combined firm utilization of 310 days, with additional options.

Normand Baltic’s contract will cover the majority of Q4 22 and Q1 2023, while Normand Navigator now has a firm contract to Q4 2023.

According to Solstad, the contracts have a combined value of approximately NOK 320 million (around €30.7 million), including additional services, such as ROVs, walk-to-work-system, and other project support.

The company did not reveal any additional details about the clients, but did state that they are “recognized operators within the renewable energy segment.”

In addition, American Shipping Company (AMSC) has taken delivery of the CSV Normand Maximus. The vessel commenced a long-term bareboat charter with a subsidiary of Solstad Offshore upon delivery.

Solstad has been the previous operator of the vessel and will continue to do so under the new bareboat contract with AMSC. 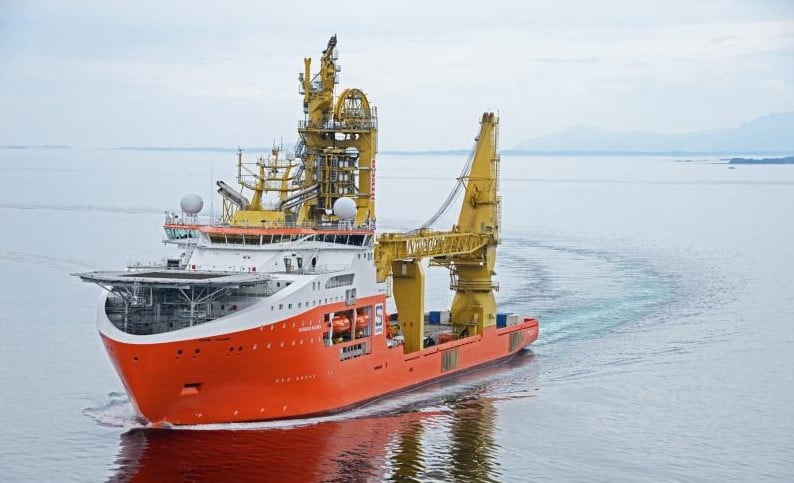