During the climate summit COP27 in Egypt, the governments of the Netherlands and Oman have signed a declaration of intent with the aim to cooperate on hydrogen projects.

The hydrogen cooperation between the two countries will focus on setting up import and export facilities for green hydrogen.

The Netherlands described this as a chance to work on accelerating the energy transition beyond its borders while at the same time creating opportunities to import part of this green hydrogen to make the Dutch industry and transport sector more sustainable.

The Dutch Port of Rotterdam Authority has close ties with Oman. For some 20 years, the Port Authority has had a joint venture with the government of Oman to develop and operate the port of Sohar in the north of the country.

In the meantime, the Dutch port is also pressing ahead with efforts to set up import chains for hydrogen from countries where renewable energy can be generated at low cost and exported to Northwest Europe.

These are mainly countries with plenty of space for generating renewable energy from solar and wind, such as Oman.

In line with this, representatives from Dutch companies including Port of Rotterdam, Port of Amsterdam, consultants, storage and transportation providers, are exploring the opportunities to develop a green hydrogen export corridor with Chile.

The port authority and the government of Tasmania are jointly looking into the feasibility of future exports of green hydrogen from Bell Bay to the Dutch port. 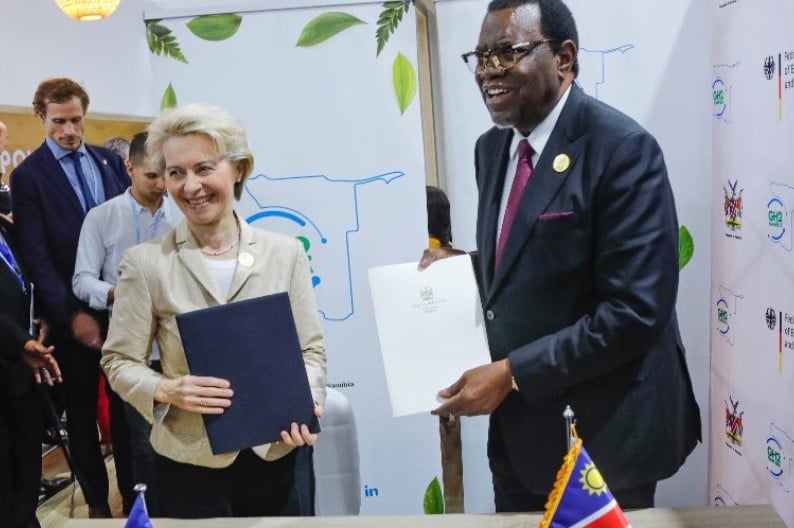