Norwegian shipping company Solstad Offshore has won five-year contracts with Equinor UK for two of its platform supply vessels (PSVs), with one vessel set to be upgraded with a battery-hybrid system and shore power.

The contracts were signed for PSVs Normand Naley and Sea Frost and both will run for five years starting from January 2023, including options for further extensions.

Sea Frost, which has been on contract with Equinor since 2017, will be upgraded with a battery-hybrid system and shore power as part of the contract.

“We have supported Equinor’s UK operations since 2016 and are proud to agree these new long-term contracts. With these contract awards, Solstad Offshore has three PSVs installed with battery-hybrid systems and shore power operating in the UK sector on a long-term basis,” said Kenneth Lande, EVP and head of global AHTS & PSV segment at Solstad Offshore.

“The three vessels, equal to approximately 15 percent of our UK fleet, will help reduce both fuel consumption, emissions and operating expenditure.”

Solstad signed two deals with Equinor this summer, one includes an extension for the PSV Normand Searcher, while the other is a one-year extension of the contract for AHTS Normand Ferking, keeping the vessel busy until November 2023.

Most recently, the Norwegian company secured new contracts for three of its subsea construction vessels (CSVs) which have a combined time charter value of approximately NOK 1.6 billion (around €156.5 million). 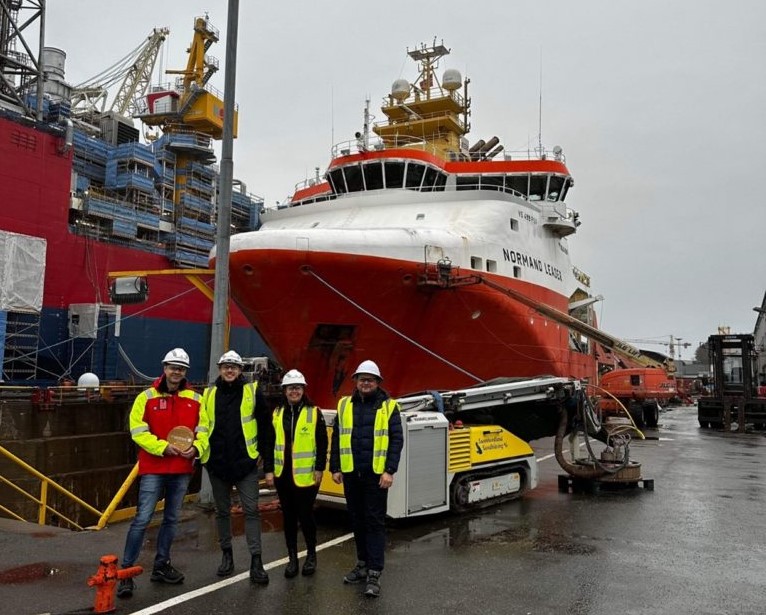