The Port of Valencia has revealed that it will be the first European port to install a green hydrogen plant to reduce the environmental impact of its terminal machinery operations.

The station, which will be installed in January next year, will be mobile and will provide the necessary fuel, in the appropriate conditions and quantities to guarantee the continuous working cycles of the equipment forming part of the H2Ports project.

The port made a debut this year by joining the club of twelve international ports committed to decarbonisation and emission reduction projects. One of the most important initiatives is the Green Hydrogen with H2Ports roadmap, which is a pilot project in the area of mobility and maritime transport. It is led by the Valenciaport Foundation and the Valencia Port Authority to incorporate hydrogen in port logistics operations.

The hydrogen supply station (HRS) is being developed at the National Hydrogen Centre, and will include a fixed part that will be dedicated to receiving and storing hydrogen from an external supplier and compressing it to delivery pressure, and a mobile part that will store the compressed hydrogen and include a hydrogen dispenser for refuelling the port machinery.

The first of the pant’s equipment will be the machine or prototype of the Reach Stacker vehicle or “container stacker” which will be powered by this energy and which will be tested at MSC Terminal Valencia.

The second piece of equipment to be serviced by the hydrogen plant will be a 4×4 tractor unit equipped with a fuel cell stack for testing in loading/unloading operations at Grimaldi Group’s Valencia Terminal Europa.

“These are very important machines in the Port of Valencia because they are in operation 24 hours a day, 365 days a year and within our objectives and calculations of emissions, the terminal machinery represents almost 25% of the emissions that we want to reduce through this type of energy,” the head of Ecological Transition of the APV, Federico Torres, emphasized.

These figures position Valenciaport on the right track to achieve its target of becoming a zero-emission port by 2030, two decades ahead of the objectives that Spain, Europe and international organizations have projected for 2050. 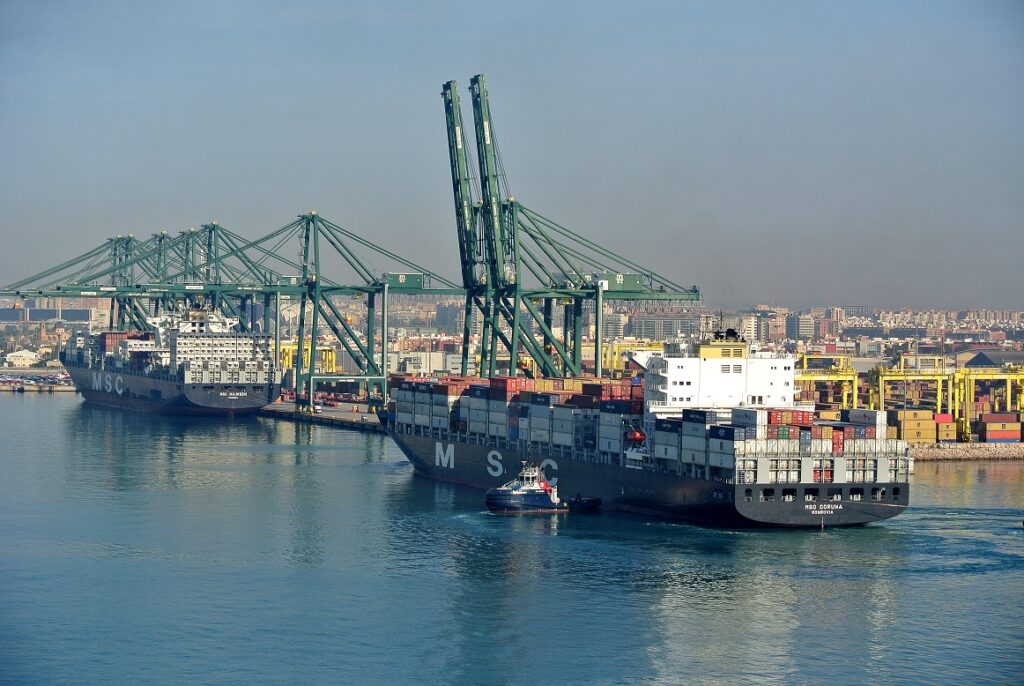