DOF said on Thursday that its UK entity won a drilling support contract for the Skandi Barra platform supplier.

According to the company, the vessel was chartered by an undisclosed client with the contract planned to start in July.

Last time Offshore Energy Today reported on the Skandi Barra was when Ithaca hired the vessel in late December 2018 for support of drilling operations. The contract was set for around four months.

As for the vessel, the 2005-built Skandi Barra is an MT 6000 MK II design PSV. The vessel has mainly been working in the North Sea since it joined DOF’s fleet. It is 85.7 meters long, 19.7 meters wide, and can accommodate 24 people.

Apart from the Skandi Bara deal, DOF was also awarded a two-well firm contract with an option for one more well for the Skandi Caledonia by Premier UK.

DOF stated that the contract would begin in the third quarter for a firm period of four months.

The previous deal for the Skandi Caledonia was a short-term contract in the Mediterranean which started in March 2019. According to AIS data, the vessel has left the Mediterranean and is currently located offshore the UK. 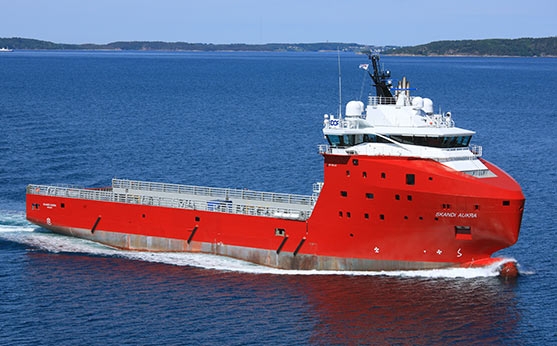