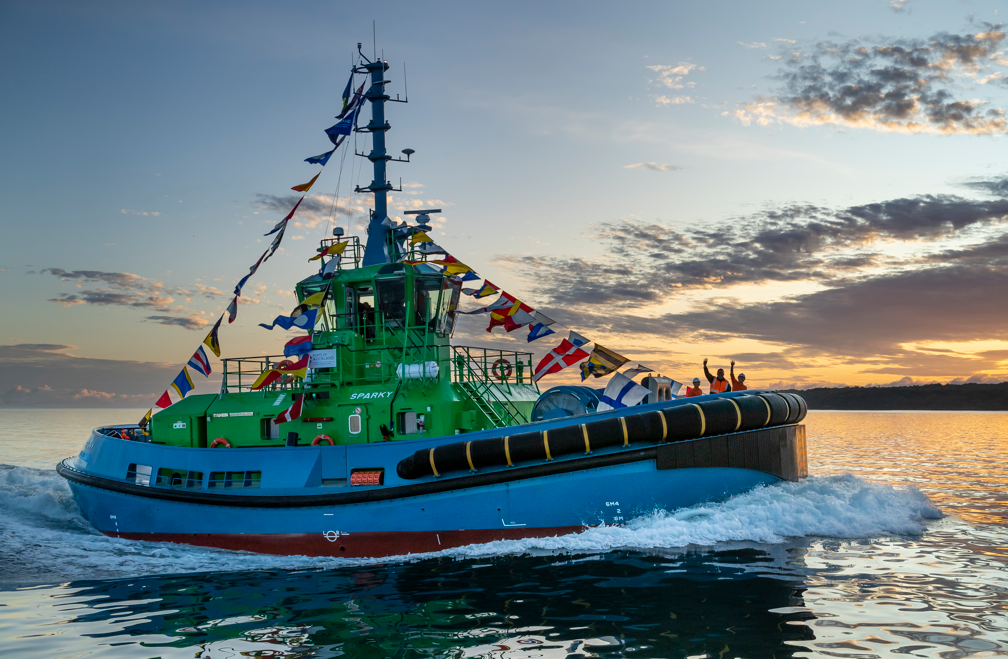 Named Sparky, as voted by New Zealanders in a public vote in 2020, the e-tug is part of an innovative project launched by the port.

Sparky marks the beginning of a new era for the Auckland Port, which is anticipating saving approximately 465 tonnes of CO2 in diesel emissions annually from the e-tug addition alone. The new tug also supports the port’s goal to be emissions-free by 2040.

“Welcoming Sparky is an exciting day for us at the Ports of Auckland. Her arrival marks a big step towards the ports’ decarbonisation of operations and towards our long-term emissions reduction goals,” Roger Gray, CEO of Ports of Auckland said.

The expected cost of operating Sparky is less than a third of the cost of running a diesel tug. Battery operated, the e-tug has a recharge time of approximately two hours and can run up to four shipping moves on one charge.

For Allan D’Souza, GM Marine and Multi Cargo at Ports of Auckland and lead on the e-tug project, the arrival of Sparky has been six years in the making.

“Back in 2016 when we first pitched the idea for a fully electric tug, we were told we were dreaming. To finally welcome her to Tāmaki Makaurau now is incredible,” D’Souza commented.

“You’ll be able to spot Sparky on the water as her superstructure is painted bright green, unlike our diesel tugs,” D’Souza added.

“What you won’t notice is noise or smoke; being electric she’s a lot quieter, and cleaner, than our current diesel tugs.”

There will be approximately six weeks of testing in Auckland before Sparky is fully commissioned and operational.

Sparky is the first Damen RSD-E Tug 2513. She has a 6-metre draft, is 24.73 length and has two azimuth thrusters with 3-metre diameter propellers.

Additionally, the boat has a 70-tonne bollard pull (the same as the port’s strongest diesel tug, Hauraki).

There are 80 battery racks holding 2,240 batteries, totalling 2,784 kWh of power. To ensure absolute safety, Sparky also has two 1000kW back-up generator sets which will only be used in cases of emergency or some fault that is not part of business as usual. 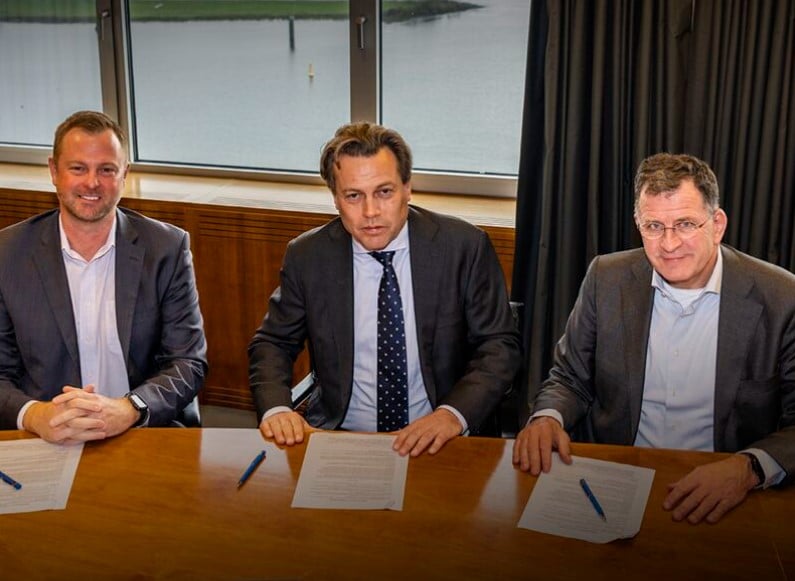 Damen wants to have methanol-powered tugs production-ready in 2026
Posted: 2 months ago
Damen’s eco-friendly tugs boost sustainability at one of Portugal’s major ports
Posted: 2 months ago
NAVTEK, Oppsense to offer all-electric tug and zero-emission port project in Canada
Posted: about 1 month ago