In line with this, the companies have signed a cooperation agreement concerning the import of green hydrogen in the form of ammonia from Total Eren’s green hydrogen projects worldwide.

The agreement also covers the sale of hydrogen to the German and European markets from 2028 onwards.

Through their cooperation, both companies said they are committed to making a significant contribution to the supply of carbon-neutral energy in Germany and Europe.

VNG Handel & Vertrieb (H&V), the trading and sales subsidiary of VNG, and Total Eren’s cooperation will enable VNG to offtake the green ammonia on the German coast and make it available to its customers directly or in the form of hydrogen from 2028 onwards.

Total Eren and VNG H&V are also involved in the H2Global Foundation alongside other companies to develop a functioning hydrogen market in Germany.

VNG and its subsidiaries are currently planning the construction of a hydrogen and carbon hub in the Rostock area and therefore will be adding value locally and regionally in East Germany.

In addition, VNG H&V is in talks with customers to evaluate the future requirements for green ammonia and green hydrogen, and to conclude initial purchase agreements.

Total Eren, for its part, is currently working on several large-scale green hydrogen projects globally, including in South America, Africa, and Australia. These projects will aim to deliver clean and reliable energy globally in the form of green hydrogen or its derivatives.

At the end of 2021, Total Eren secured land positions and launched feasibility studies in order to build a large-scale green hydrogen project in Chile’s Magallanes region.

The H2 Magallanes project will consist of up to 10 gigawatts of wind turbines in Chile and thus generate 800,000 tons of hydrogen per year, which will be partially transported by ship from Patagonia to Germany as green ammonia.

“For us, cooperating to build a green hydrogen import value chain with such a renowned renewable energy player as Total Eren is another important step on the journey to a functioning hydrogen market in Germany and Europe”, said Ulf Heitmüller, CEO of VNG AG.

“Because we want to be and remain one of the most important energy providers in Germany, as well as a reliable partner for our customers, starting from our core competencies in gas and critical infrastructure, we are working along the entire gas value chain on a sustainable, secure supply and, in the long term, the climate-neutral energy system of the future.”

“We are delighted to commence our cooperation on hydrogen exports with VNG, a powerful player in the German market. I am confident that our fruitful alliance will efficiently tackle today’s energy challenges while fulfilling the needs of VNG’s customers”, added David Corchia, CEO of Total Eren. 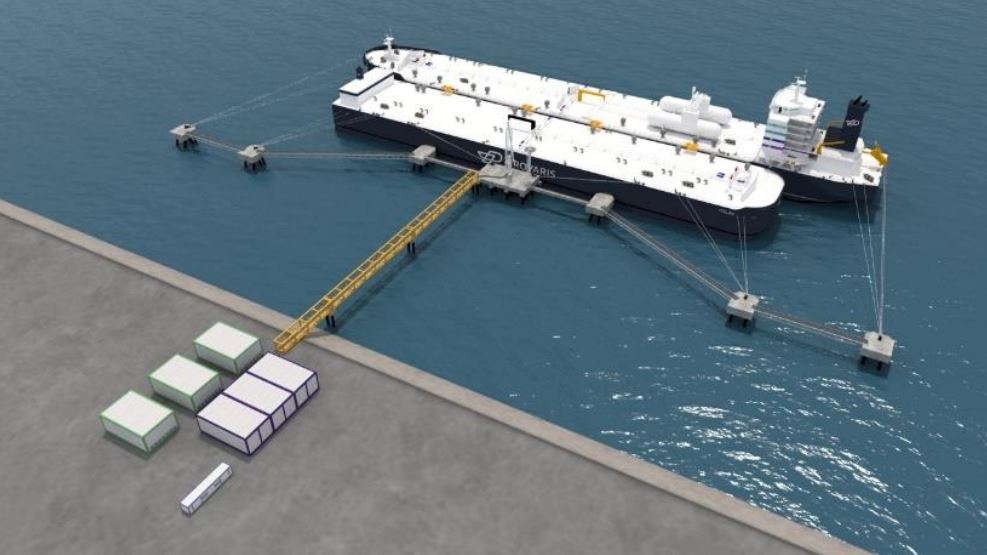