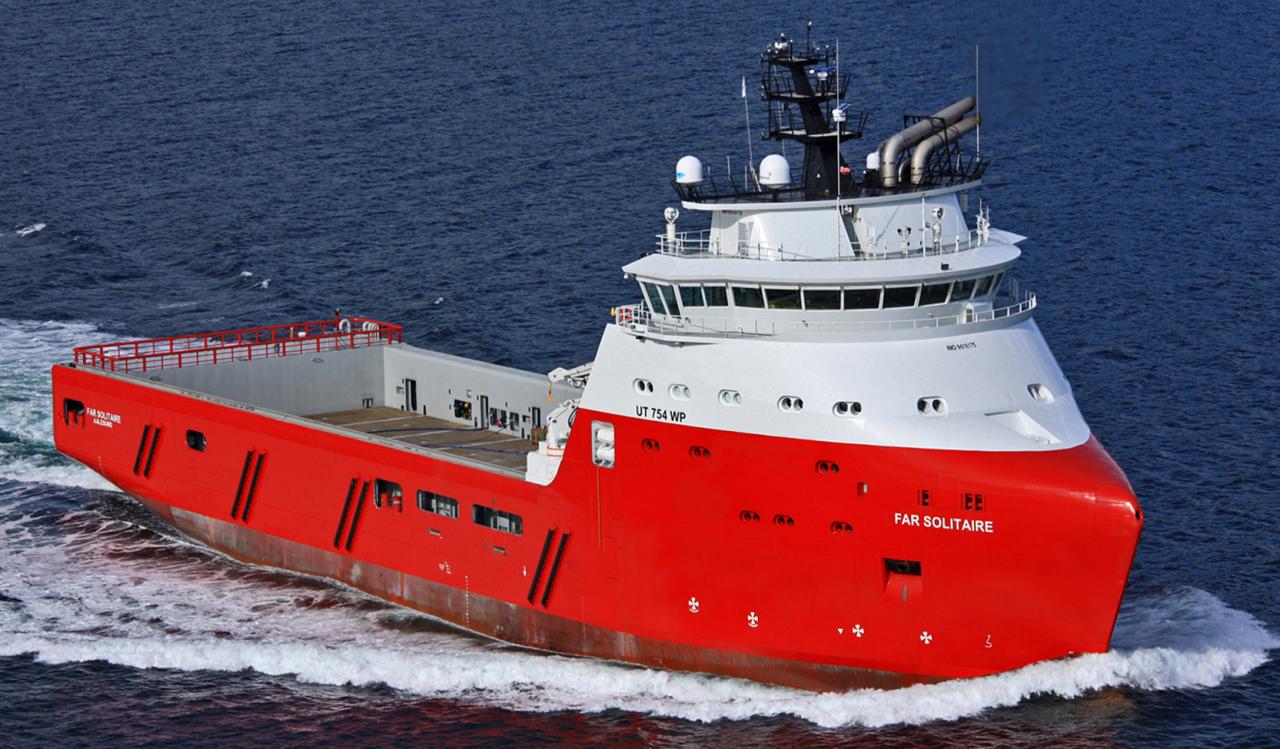 Norwegian oil and gas company Aker BP has awarded long-term contracts to PSVs owned by Solstad Offshore and Simon Møkster Shipping. As a result, the two vessels will be upgraded with a battery-hybrid system.

In March 2019, Aker BP entered into a three-year frame agreement with Solstad Offshore, Simon Møkster Shipping, and Eidesvik Offshore for the supply of PSVs.

Solstad reported on Wednesday that Aker BP had awarded a three-year contract for Solstad’s Far Solitaire platform supply vessel (PSV), scheduled to start in direct continuation of the current one. Adhering to the frame agreement between the two companies, the contract stipulates six yearly options for extension. Therefore, this vessel will be fully utilized until the fourth quarter of 2024.

PSV Far Solitaire has been on contract with Aker BP since 2018 when the oil company awarded the vessel a three-month contract, which was set to start in mid-January 2018.

Later, in June 2020, Aker BP extended the call off for the Far Solitaire vessel until the end of 2020, while in September last year, the company agreed on a 12-month extension contract for this PSV, starting on 1 January 2021.

To reduce emissions from operations, the vessel will be upgraded with a battery-hybrid system, which Solstad considers to be one of the many important steps undertaken to reach its long-term decarbonisation target.

Far Solitaire PSV was built in 2012 and is of a UT 754 WP design. After the upgrade scheduled for December 2021, the vessel will be the 9th PSV Solstad operates on the Norwegian Continental Shelf with a battery-hybrid system and installed shore power connection, according to the company.

Møkster was also awarded a three-year time charter contract by Aker BP under the current frame agreement. The contract entails extension options for a high specification PSV with battery hybridization, as reported by the company on 29 September.

The company explained that the hybridisation programme is ongoing for three vessels including the Stril Polar, which is under contract with Aker BP and will continue to support its operations under the new contract after the battery installation scheduled for January 2022.

Stril Polar is a 93.5 meters long and 19 meters wide platform supply vessel of an STX PSV 09L CD design, which was delivered in February 2012. The vessel began working for Aker BP in 2016 as a substitute for its sister vessel, the Stril Orion, during its five-year classing.

Aker BP extended the contract for the pair in July 2017 for five months firm, with options, starting from 1 August 2017, while in January 2018, the company extended charter deals for a term of three months, and in July 2018, Møkster won another three-month extension for these vessels.

Møkster is committed to delivering low-emission vessels and, based on the company’s estimates, CO2 emissions would be reduced by approximately 1000 tons per year for the Stril Polar vessel. The company considers the new contract as a very important step to reach its internal goals of 40 per cent reduction of GHG emissions by 2030.

Earlier on Wednesday, Aker BP also awarded a three-year contract to Eidesvik Offshore for its Viking Lady PSV, which is scheduled to start in January 2022. 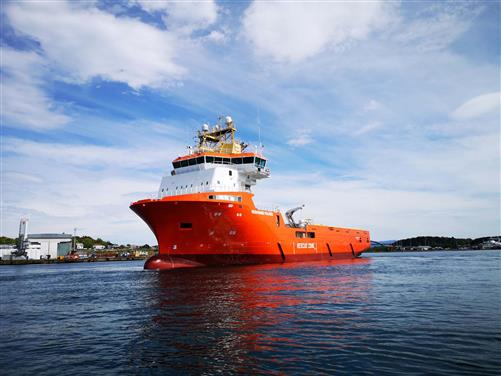