Havila Shipping reported on Tuesday that it has entered into a new contract with Nexans Norway for the subsea vessel Havila Phoenix. The 2009-built vessel is of a Havyard 858 design and it was built at Havyard Leirvik yard.

The new contract is in direct continuation of the existing contract and is firm until the end of October 2022, with 60 optional days thereafter. It is worth noting that this vessel has been working for Nexans since last year.

Prior to the deal with Nexans in 2021, Havila Phoenix carried out operations for DeepOcen from 2013 until 11 December 2020, when Havila terminated the charter due to a breach of contractual obligations.

The second deal, which the company won with Peterson Den Helder, is for the PSV Havila Herøy for a fixed period of 70 days plus options. This 2009-built PSV is of a Havyard 832 CD design and it was built at the same yard as the subsea vessel hired by Nexans.

The vessel worked for TotalEnergies (former Total) for the past few years and the previous contract for this vessel was awarded by Maersk Oil back in May 2014. At the time, the PSV was hired for a period of five years.

In the meantime, Total acquired Maersk Oil, closing the acquisition in March 2018, thus, the vessel remained under contract with Maersk Supply Service and continued assisting Total’s operations until the end of that contract, which was scheduled for September 2020. In August 2020, the French oil major extended the contract for this PSV until 1 June 2021.

Moreover, Havila also secured new contracts related to project work for the AHTS Havila Venus for a fixed period of 64 days plus options. Just like the other two vessels, this vessel was also built in 2009 at Havyard Leirvik yard.

This AHTS is of a Havyard 845 design and boosts a hybrid propulsion system, modern hull lines, and selective catalystic reduction (SCR). It previously worked for various operators such as Shell and Oceaneering International Services.

Recently, Havila Shipping has been awarded several new contracts with December 2021 being particularly lucrative in this aspect. In December last year, the company was awarded a new contract for a PSV by the Danish subsidiary of the French oil major, TotalEnergies.

In addition, the firm signed two more PSV deals in the same month with Harbour Energy and Amilcar Petroleum Operations. 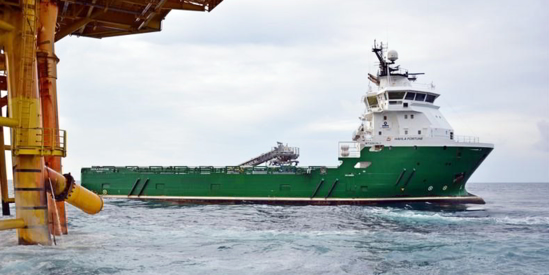